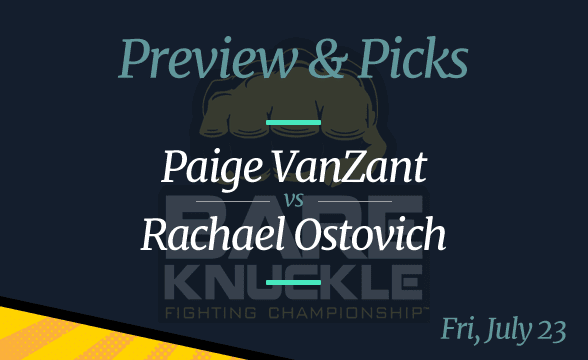 BKFC 19 is slated for Friday, July 23, with two fighters stepping into the ring to try their hand at one of the most challenging boxing events for female boxers. The Bare Knuckle Fighting Championship will feature an opening fight between Paige VanZant and Rachael Ostovich, with VanZant, tipped as a favorite, but sportsbooks are still a little skittish on producing an exact number.

Paige VanZant is not new to bare-knuckle boxing, and if anything, she has a good idea of how hard the bouts can be. She lost to Britain Hart in what was supposed to be a triumphant inaugural fight for her but turned into a demoralizing experience.

Regardless, VanZant bounced back and took on the offer to participate in BKFC 19 and take on Ostovich. For Ostovich, this is a first bare-knuckle fight which puts VanZant as the favorite here as she already has an idea of what to expect once the rounds start.

Where does this leave the fighters? On the one hand, VanZant would probably want to start climbing up the pecking order, whereas Ostovich would be keen to ensure a strong start to her fighting career in BFKC.

The two boxers are familiar with each other and have fought in the UFC in the flyweight division, with VanZant winning by submission in 2019. Much has passed since then and who wins tomorrow’s fight is still subject to speculation, enough it seems to put sportsbooks at a slight disinclination to produce odds immediately.

Tale of the Tape VanZant vs Ostovich

In terms of physical characteristics, there is nothing that much puts one or the other fighter at a significant disadvantage. VanZant’s 65″ reach steals 3″ on Ostovich’s, and that can be dangerous, but it’s easy to anticipate and train against it.

As both fighters are fairly new to fighting as a whole, choosing a favorite can turn out to be a bit of a pickle. Right now, though, VanZant seems to be the fighter who sports the better odds of securing a victory on Friday evening. 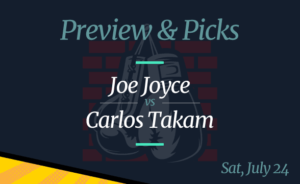