The Swedish iGaming giant Betsson Group has seen its chairman, Patrick Svensk, step down from his position and leave the company following a wave of distrust by Betsson shareholders. The reason behind Svensk’s decision is the critique of his handling of the recent departure of Pontus Lindwall, the company’s former CEO.

Lindwall’s leave from the company was announced a few days ago, with him feeling fulfilled with his achievements during his time as chief executive officer. Unlike Svensk, Lindwall will not immediately leave the company and will remain as a leader until a successor has been found.

Lindwall had first served as a CEO between 1998 and 2011 and was later re-elected in 2017. Lindwall’s mission during his second term as a chief executive was to operate the “Back on Track” recovery program and guide Betsson to success. In 2021 Betsson marked record-breaking progress, especially in the second quarter of the year, leading the company to announce that Lindwall has fulfilled his task.

“That task has now been completed,” Svensk said in the announcement of Lindwall’s leave, “We are grateful for all the good work Pontus Lindwall has done during these years and the strong foundation he has created for the future.”

Provided the above facts, Lindwall’s removal from the company sparked distrust in Svensk among many shareholders and led to the current events.

Because of the distrust, Svensk has resigned with immediate effect. He believes this is a very unfortunate turn of events and addressed the shareholders, apologizing for having disappointed them. He explained his past decisions as something he thought was the best for the company.

“I am proud of what we have achieved during these years and wish everyone at Betsson great luck in the future,” Svensk concluded.

Svensk became a chairman in 2017 after being a board of directors member for more than a decade beforehand. He will now be replaced as chairman by Johan Lundberg.

Lundberg is the founder of NFT Ventures as well as a board member of Ölands Bank, Loomis and Svolder. He became a Betsson board member in 2018. Lundberg spoke on the matter of Svensk’s resignation and “extended a warm thank you” because of the latter’s valuable contributions in the last 17 years.

As for the future of the company, Lundberg is looking forward to working with the rest of the board and recruiting Betsson’s next leader. The directors will seek someone who has the experience and talent to continue pushing the company forward.

Previous Article
Industry September 23, 2021
NHL’s Kane Cleared of Accusations of Gambling on His Own Games
Next Article 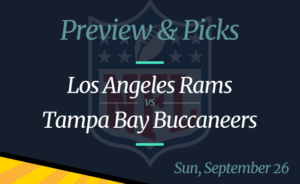 Industry September 23, 2021
NFL Week 3: Buccaneers vs Rams, Time, Odds and Where to Watch