Britain-based bookmaker Betfred has entered a partnership with an online entertainment network focused on North American sports and sports betting The Game Day. The deal will see Betfred sponsor The Game Day’s two signature series – Ride With and Take the Points.

During the 2021-2022 NFL season, the two shows will lead the weekly roster of NFL content on The Game Day’s platform. Ride With will be hosted by Katie Mox weekly. Mox will place her best bets on the biggest game of the week and will see if the audience is betting with her, or against her. Take the Points is a weekly betting debate that will be hosted by veteran gambling analysts Jordan Schultz.

The Game Day is excited to have the backing of Betfred Sports. Matt Heiman, the company’s chief executive officer, excitedly announced the sponsorship deal, adding that Betfred’s help reinforces The Game Day’s list of notable partners.

Heiman is proud that The Game Day’s growth has reached a level where it has “driven demonstrable engagement and ROI for the company’s affiliate partners” through its varied offerings. The Game Day’s offerings offer something for all sports fans across numerous different sports. Wagering enthusiasts can find fantasy sports and various betting options, tailored to suit the needs of both casual bettors and veteran gamblers.

The Game Day keeps its users informed through its news and updates sections and social media reach. It also provides fresh betting odds and expert picks for those who wish to take their sports experience a step further. The platform is used by over 3 million fans that want to engage in their favorite sports leagues through entertaining and informed betting.

Establishing a Foothold on the American Market

Betfred Group is a gambling operator founded in 1967. It is based in Warrington in the United Kingdom and has over 1500 retails betting shops across the country. Its online offerings, however, reach outside of Britain and are also available in Spain.

Betfred Sports’ chief operating officer, Bryan Bennett, is keen on maintaining the momentum in the US market and believes that The Game Day is a great partner to that end. Bennett added that acquisition marketing is “critical to the success of the operation”.

“We are confident that The Game Day partnership can strengthen our efforts,” Bennett concluded.

Previous Article
Sports September 28, 2021
August Is Yet Another Month in Low Wagers for Tennessee Sportsbooks
Next Article 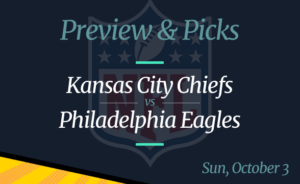