The New Jersey’s gaming regulator has given bet365 green light to start testing the operator’s sportsbook in the state.

Bet365 is on its way to launching the company’s sportsbooks in New Jersey now that the state’s regulator, the NJ Division of Gaming Enforcement (DGE), has given its approval for a test. The decision came in on August 22, effectively opening the sluice gates for the brand in the Garden State.

As with similar tests, the point is to determine whether bet365’s digital skin can handle the pressure. Should the brand complete the test without major issues, the DGE is likely to let Hard Rock Atlantic City launch in full. The Hard Rock casino is the affiliated casino property for the overseas operator.

Hard Rock has been enjoying interest from various companies in the sector, including Unibet and Gaming Innovation Group. The partnership between Hard Rock and bet365 was struck in July 2018.

In addition, there will be a pre-paid card that has been developed as part of a partnership with EML Payments. As a result, users would be able to use the branded card to make deposits and withdrawals. All of this is just part of the efforts that bet365 has been putting around the United States.

After reportedly hiring a lobbyist company in 2018, bet365 is on its way to the Empire State where it has teamed up with Empire Resorts. Bet365 has even further interest in consolidating its NY position, specifically by purchasing $50 million worth of Empire Resorts stock.

Bet365 already has the experience that has fetched it pretty good profits in all markets of operation, including the United Kingdom. In fact, the company’s CEO, Denise Coates, was paid $256 million in bonuses, which quickly made headlines around the country.

While the morality of the decision was called into question, Ms. Coates moves signalled investors that bet365 felt good about its prospects. When news that Ms. Coates had received the substantial pay off hit, media outlets went on to discuss it, with one of the more popular opinions being that of none other than The Financial Times.

Overall, the company’s expansion has been long coming, with bet365 looking for an angle to launch its mobile platform in the U.S. With New Jersey that has been easy enough – although the company will now have to perform well during the testing period.

As to New York, plans to introduce mobile betting have been scrapped and lawmakers will have to sit through and discuss the issue again in 2020. Chances are, however, that mobile will be an essential part of the betting action in the state, mainly because it’s believed that by not introducing sufficient mobile betting opportunities, offshore operators continue to poach players from the state.

Fixing Games in CS:GO Now Can Get You 10 Years in Prison

It’s time for the first Derby della Madonnina of the 2022-23 season of the Italian Serie A. Named after one of the symbols of the city of Milan – the statue of the Virgin Mary at the top of the Milan Cathedral – this is a local derby between AC Milan and Inter Milan. Although […] 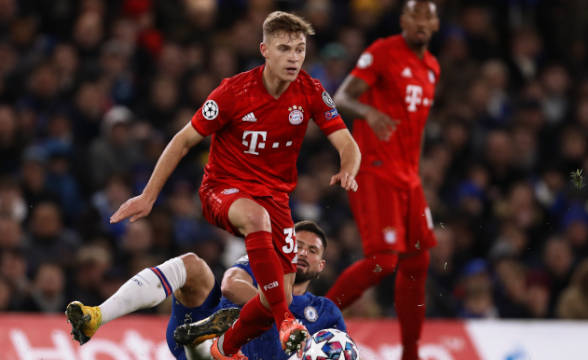