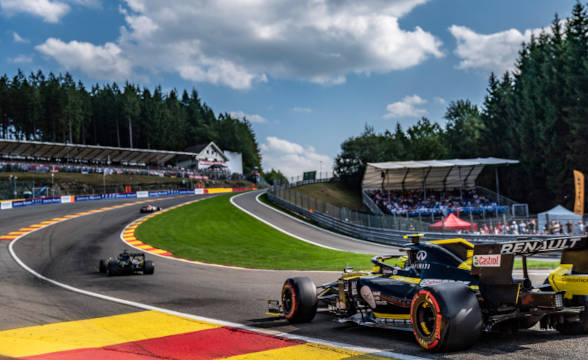 The summer break is over in Formula 1. Four weeks after the Hungarian Grand Prix, it’s time for a new race. The event in question is the 2022 Belgian Grand Prix, which is going to take place at the 4.352-mile-long course at Circuit de Spa-Francorchamps in Stavelot on Sunday, August 28, 2022.

Red Bull Racing-Honda driver Max Verstappen is the defending champ, who in 2021 ended the domination of Mercedes and Ferrari, whose drivers had won the previous six Belgian GPs.

Judging by Formula 1 betting odds, Verstappen is very likely to win this race again. He’s the no.1 favorite to triumph on Sunday, followed by his main rival for the F1 Championship, Charles Leclerc of Team Ferrari.

Some may argue that the 2022 Formula 1 season hasn’t been ideal for betting, as, in most races, favorites were the ones to triumph. In fact, only four different drivers have won so far this season, with Verstappen winning eight out of 13 races. Leclerc has three race wins so far, while Sergio Perez and Carlos Sainz Jr. have one win each.

Oddsmakers expect Verstappen to add another victory to his tally this weekend, after winning the previous two races. The Dutchman has 258 ranking points at the moment and with just nine races left on the 2022 Formula 1 calendar, he is very likely to win the F1 World Drivers’ Championship.

Verstappen currently has 80 points more than his biggest rival for the title, Charles Leclerc. What this means is that unless Leclerc enters a winning series ASAP, he won’t be able to throw Verstappen from the F1 throne.

Charles Leclerc is Angry With Ferrari

One can argue that Leclerc’s been very unfortunate this season. Even though he did start very well with two wins in the first three races of 2022, he was forced to retire in three other races. The most recent of those mishaps happened in the 2022 French GP where he hit the tire barrier.

In Hungary, Ferrari’s driver finished the race sixth, for which he blamed his team. According to the man, their instructions cost him a better position at the Hungaroring. It seems the same thoughts are shared by his teammate Carlos Sainz Jr., who finished in #4 place.

Everything seems to be going in Max Verstappen’s favor ahead of the 2022 Belgian Grand Prix. He’s been in excellent form and there’s little pressure on him considering that he already has a significant points advantage over others. This means that he can relax and enjoy the race.

His rivals, however, don’t have the luxury. Things seem to be tense in Ferrari, with Leclerc seemingly losing patience with his team.