Australia keeps its name in the gambling news cycle with another lottery win in the Goldfields–Esperance region – maybe that’s where the “gold” in the name comes from.

News about lottery winnings often make big headlines, but they rarely come with a deeper analysis of what the win actually means for the people landing it. Central Queensland University gambling behavior expert and associate professor Alex Russell attempts to explain how lottery winnings can dramatically alter life circumstances for the worse.

In an interview with ABC, Russell offered his breakdown into the effects of gambling winnings that often remain hidden from the general public. His comments came after he saw a news report about 250 Kalgoorlie citizens who had won $63 million, coming down to some $250,000 each. Reporters swept in to see how the lives of the winners had been changed.

Winning the Lottery: Less Glorious Than You Think

“Australia is a bit unusual in our relationship with gambling compared to the rest of the world,” Russell said.

And what he probably means is that Australians have been consistently ranked the world’s highest gamblers per capita. That, and the fact that there are pokies in pubs and clubs throughout half the country.

At any rate, gambling is definitely a popular theme in the Land Down Under. It comes as no surprise, then, that those gambling-related problems are also a hot topic. Lottery winners who lost it all is a popular search throughout the world, but Australia seems to be breeding its own problems as well.

Que in Russell’s words and his quoteworthy words: “There’s often a curse that’s involved with winning the lottery.”

The curse is, as explained by Russel, that peer pressure from friends and family to share the spoils builds upon more complex internal psychological processes as well. All this external pressure and internal responses are affecting the winner and those around them. That says nothing of how winning and lottery winner coverage affects society, though.

Russell has a comment about that as well, saying that “We need to remember that most people are losing — and losing quite a bit of money — and the people who are losing tend to be low socio-economic status kind of people.” In effect, positive coverage of a positive event leads to an overall negative result in which it’s often forgotten that a winner’s success has come at the expense of another person, Russel argues, and adds: “I think it normalizes or even glamorizes the wins and we forget about how much everyone’s paying to lose as well.”

The best-case scenario, as per Russell’s own words, is that it’s alright for people to gamble but only “If you’re not expecting to win.” That makes a lot of sense as coverage of lottery wins can distract people from everyday negativity. Russel cautions that “it’s a very regressive form of raising money.”

However, positive wins coverage is a must after a big sum drops and all that people’s eyeballs focus on are the figures, the smiles, and the happy shock on the winner’s face. This can definitely warp the public perception of gambling and its social implications so people would do all do well to remember to gamble only if people can afford it and wipe the idea of it being a good investment option. The biggest question is this, though – do you think Russell roughens those scratches occasionally or not?

Despite this, people in Australia continue to spend money on lottery tickets. In fact, a Boulder newsagent managed to sell another winning ticket earlier this week, with the lucky punter claiming $1 million. News and Lotto owner Mike Saville said he could not reveal the name of the winner, but he confirmed that the winner was most likely a local. 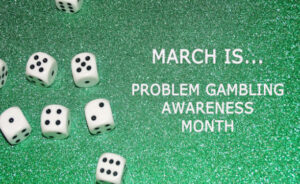 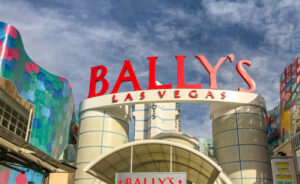