Popular online poker operator Americas Cardroom (ACR) is offering its players a chance to win a poker experience of a lifetime this February.

“Epic” Opportunity Not to Be Missed

ACR announced it would be running two satellites next month which will provide four full poker vacation packages for a Super High Roller Series in Vietnam this March worth more than $100,000 each.

Commenting on the exciting news, Americas Cardroom Team Pro Chris Moneymaker hailed the “epic” opportunity provided by these prizes, comparing it with his personal experience dating back to 2003 when he won his way to a prestigious event via a satellite and since then his life was never the same.

I’m so stoked that thanks to ACR, four of you will get to be part of this incredible experience and maybe see your life change forever too.

The winners of the Vietnam packages will also have the freedom to choose how to use the $100,000 available for buy-ins as they can spread it across multiple tournaments or pull it all on the $100k tournament of the series.

ACR will run the two $2,650 buy-in satellites on Sundays, February 12 and February 19, at 1:05 pm ET, while the week leading up to the event will offer access to the qualifiers via super satellites. Every qualifier will deliver two packages to the high roller series in Vietnam.

The country is known for its breathtaking scenery, spectacular white beaches, delicious cuisine, rich cultural heritage, and welcoming people that will bring further excitement after a week of poker and travel to the package winners.

Players from the US and the rest of the world are eligible to participate in the satellites run by the poker room which joined one of the longest-running and trusted online names in the online poker industry, the Winning Poker Network., in 2011.

The four qualifiers will be joined by two ACR Team Pros or Stormers stream team members who will have to complete various challenges over the next month to win the same $100,000 packages and travel to the event in Vietnam.

The poker room which became popular with its $10 Million Venom tournament, one of the biggest online events globally, is also running online casino games, offering slot machines, table games, and sports betting on its iGaming platform.

Last year, ACR announced that one of its online casino players had managed to win $750,000 while playing slots on the platform. 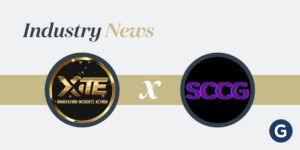