Tuesday’s historic Powerball jackpot continues to make headlines. Joe Chahayed, the owner of the business where the yet unknown lottery winner struck the grand prize, is the father-in-law of former Bengals NFL player Domata Peko. “Papa Joe” received a $1 million bonus for selling the winning ticket but has no plans for retirement and will continue with his day-to-day job.

An Unexpected Windfall for the Small Community

Before this Tuesday, the $2.04 billion Powerball jackpot had stirred up a veritable frenzy among Americans, with many traveling across state borders for a chance at the grand prize. A 10-hour delay only heightened tensions before the lottery reported that one lucky individual from California had won the jackpot using a single ticket.

The winner has not yet claimed their prize, so their identity remains unknown. However, Powerball officials confirmed that the ticket was purchased at Joe’s Service Center, located in Altadena, a few miles away from Pasadena. According to the lottery’s official policy, the business which sells the winning ticket receives a $1 million prize – the same as the twenty-two people who matched the five white numbers but failed to guess the red Powerball.

Papa Joe Will Share the Money with His Family

The lucky business owner is “Papa Joe” Chahayed. He is the father-in-law of NFL veteran Domata Peko, a former defensive tackle for the Bengals. Well respected by clients and his local community, Chahayed received the prize in a small ceremony in front of his business. He plans to share some of the money with his five children, ten grandchildren and possibly donate to local charities. Emigrating from Syria in the 80s, he made a life for himself through hard work and determination, eventually purchasing the business that now made him a millionaire.

In an interview with CBS, Chahayed stated that he had no plans to retire and would continue working as usual, despite the urgings of his family.

Many local clients congratulated the gas station owner on his prize, describing him as an excellent person who deserved the unexpected windfall. Domata Peko also shared the news on social media, relishing the family’s good fortune.

The Jackpot Winner May Also Be a Local

Chahayed shared that he did not know the winner’s identity but hoped they were also from Altadena. He noted that most of his clients were locals, implying there is a high chance the billionaire might be somebody he knows. If he is correct in his guess, the jackpot will significantly benefit the poor community.

The name of the mysterious winner should soon come to light since California requires lottery winners to reveal their identity when claiming their prize. Three jackpots have gone unclaimed since the beginning of the game, but such an outcome is exceedingly unlikely. Given the significant risks associated with going public with such a substantial amount of cash, it is understandable that the jackpot winner would take some time to prepare. 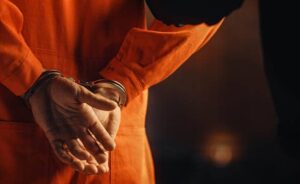 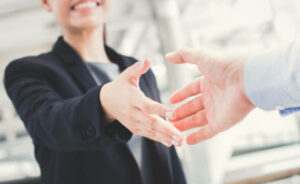