Charlotte Lowery, 36, of Willow Close in Lesbury, Northumberland, has been sentenced to 28 months in jail for stealing over £100,000 ($12,000) from her employer and friend to finance her gambling addiction

Lowery began in a general position within the hotel but the moment the manager left, was given responsibilities related to wages and financial matters as Park considered her to be “highly trusted.”

But in 2021, while Lowery was on holiday and Park and her business coach were checking the company’s accounts on matters related to wages, they came across a transfer of £2,000 ($2.440) to Lowery’s account.

Newcastle Crown Court heard from Emma Downing, prosecuting, that Park and her business coach uncovered numerous transfers to the bank account of the defendant, totaling just over £50,000 ($61,000) and were completely shocked.

Initially Lowery attempted to justify the transfers with additional company expenses but as she failed to provide evidence about these claims when she met with Park at the hotel, she left the hotel and never came back, though later on admitting in a letter to having taken the money.

The Shadow of Gambling Addiction

“It was money spent on gambling,” Downing said in court, explaining that “some £90,000 was sent to 26 different online gambling sites and £20,076 was used to supplement her income, allowing her to live beyond her means” by almost doubling her earnings while leaving Park devastated and facing a grim reality of leaving nothing to her sons one of who is disabled.

Park outlined in a victim impact statement to the court that the crime was committed by someone with who she had more than an employer-employee relationship: Lowery was a former friend, who Park would not mind taking care of her fifth child while Lowery was working in the hotel.

The court was told that after the theft had been discovered Lowery threatened to take Park to an employment tribunal for a further £2,740 ($3,343) in holiday pay, asking the rhetorical question:

“What sort of person does this when they have already taken all that money?”

Nominal Payback and 28 Months in Jail

Park would never get the stolen money back as the court ordered Lowery to pay back a nominal £1 ($1.22) under the Proceeds of Crime Act.

For this “breach of a high degree of trust and responsibility,” Simon Goldberg KC Lowery sent Lowery to prison for 28 months, pointing to the ramifications of her actions on Park.

“Your stealing has had a serious impact on your former employer’s business, you have caused emotional distress and she is having to sell her home to cover the loss caused by your actions,” he said, describing Lowery’s employment tribunal threat as “despicable.” 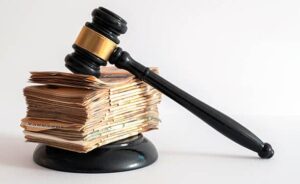 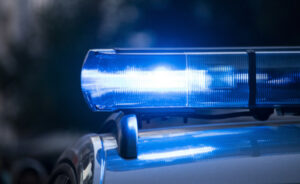