Florida lawmakers are now in a special session to discuss gambling expansion in the state and it’s apparent that there is still a lot of work to be done. The state House and Senate are exploring a gaming compact signed between Governor Ron DeSantis and the Seminole Tribe of Florida, but are not opposed to picking it apart. While progress has been made in the first day of the session, according to the Florida Phoenix, what the final legislation will look like is anything but clear.

Online Gaming Stripped Out of Florida

Florida’s special legislative session got underway yesterday and House Bill 1-A and Senate Bill 2-A are making their way through their respective chambers, hoping to find acceptance. Lawmakers on both sides have shown support for the bills, but are also making changes to find an easier path. In the House, House Speaker Chris Sprowls stripped out language that would have provided access to online gaming across the state, something that many lawmakers and Governor DeSantis never wanted to have included.

The House also showed resistance to the subject of fantasy sports gambling. However, it might be able to survive a vote. The House Select Subcommittee on the Seminole Gaming Compact and the Senate Appropriations Committee allowed their chambers’ respective bills to move forward, which will give them access to the full chamber of legislators today and tomorrow. When that happens, other changes are likely before – and if – the bills are approved.

Even though iGaming hasn’t found a lot of support among state lawmakers, Florida’s online sports gambling market could soon become a reality. As it stands right now, the gaming compact with the Seminole Tribe would allow online wagers across the state, provided the servers are hosted on tribal land. This, say gambling proponents, helps circumvent the limitations on gambling expansion as presented when Florida voters approved Amendment 3 in 2018. In this scenario, the Seminole Tribe would owe the state $500 million a year in guaranteed payments.

If that provision doesn’t survive, the tribe will be able to reduce its payments, but could still allow sports gambling on its tribal land. Some are hoping that the language is tossed out, including DraftKings. It has reportedly hired 11 lobbyists, according to Politico, in the past couple of weeks to try to get the gaming compact changed or have the sports gambling language removed. However, the company’s efforts may have been in vain, as many lawmakers and gaming lobbyists are optimistic that the compact will survive. 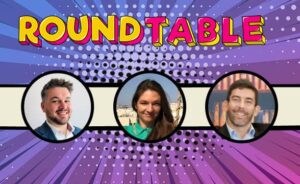 Legal May 18, 2021
Latin America and Live Casino Market: A Piecemeal Approach or a Holistic Outlook?