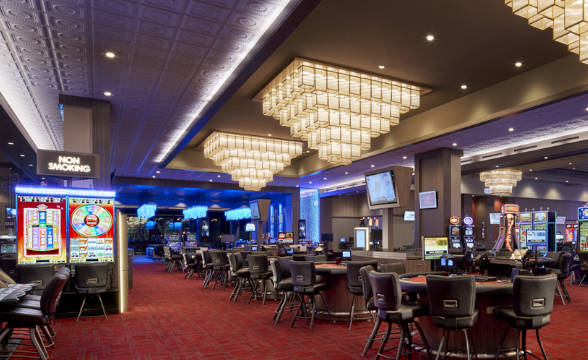 A 26-years-old man from Indiana has gone missing, local news outlets reported. According to the reports, the man, going by the name Robert Easton Junior, was last seen in the Caesars casino in Elizabeth, Southern Indiana.

The Man Was Last Seen February

The Harrison Country Sheriff’s Department shared that Easton was last spotted at the aforementioned gambling venue on February 20. On March 4, two weeks later than he was last seen, Easton was announced to be missing. Since then, the police and his relatives have been on the lookout for any traces of the man.

The last person said to have seen Easton, was the Uber driver who drove him to the casino and was expected to pick him up the next day. The driver confirmed that he never managed to pick Easton up for the return trip to his home.

Robert Was an Off the Grid Person

Last weekend, Easton’s family organized a search for the man, which sadly, yielded no results. Jade Easton, a cousin of Robert, spoke with journalists from WAVE about the situation. He shared that he never expected to get involved in such an unfortunate case.

“You know, you grew up with someone, and you just don’t expect something like this to happen,” Jade Easton said.

The latter described the missing man as an “off the grid” person who does not always have his phone on him. Jade Easton explained that his cousin likes to “bounce around” and visit his parents and grandparents from time to time, but otherwise is not an easy person to find and keep a track of. Jade Easton added that Robert Easton also has schizophrenia.

How Can People Help?

When Robert Easton was last seen, he wore a gray jacket paired with a black coat and blue jeans. He also had a Pleasure Ridge Park High School baseball ring. Easton’s family described him as a huge sports enthusiast who loves the Boston Red Sox and the New England Patriots. He is also someone who is devoutly religious, according to his loved ones.

Meanwhile, the state of Indiana continues to have other issues surrounding the casino industry as well. Ex-Senator Brent Waltz just admitted that he took $40,000 in illegal contributions from a casino company that supported his run in 2016.