For the first time in over a year, all casinos and racetracks in England were able to operate at full capacity. On Monday, residents could finally enjoy watching their favorite horse races and visit their preferred gaming floors since the country has lifted all restrictions that were caused by the pandemic. However, there are still concerns about new COVID-19 outbreaks and it’s too early to start celebrating.

The Current State in the UK

England marked this day as Freedom Day as they had numerous restrictions since March 2020. As for the PM, Boris Johnson spent the day in isolation because of his test-and-trace app. However, it is worth noting that the residents in England did not take full advantage of Freedom Day as they are still aware of the fact that the pandemic is not over, which is why some of them resisted the urge to party and go play casino games.

An interesting thing about the current state in the UK concerning the pandemic is that the country still records around 50,000 new cases daily, which is around the same amount as during the peak of the second wave. Some projections state that the number could even increase to 200,000 new cases per day during the summer. It’s because of this that the US Centers for Disease Control and Prevention (CDC) has warned all US residents not to travel to the UK due to the fact that the Delta variant of the COVID-19 virus is highly present and there is a chance that they might contract it.

But, vaccines make a huge difference and have been quite effective in the UK. Statistics show that 68% of the adult population has been vaccinated and that is why the COVID-19 symptoms are likely to be much lighter, meaning that the number of deaths and seriously ill patients will decrease.

The British Horseracing Authority (BHA) welcomed all visitors to horse racing events, but the tricky part here is that many people actually blame these events for spreading the virus in the first place. After the first wave started to build up, racing faced some restrictions. Just a couple of days before the government reversed its policy to containment, the globally-known Cheltenham Festival took place. Around 125,000 were present at the festival and ten days after it ended, the first lockdown occurred.

Since the attendance at the Cheltenham Festival was so high, many public health officials blamed both the officials and the government for allowing it to take place. After these events, the horse racing sphere in the UK was subject to massive changes. At one point, it was held without any attendance, and, on May 17, fans were able to return to the stances, but the capacity was limited to 50%. This did not stop fans from placing bets on the races, especially on the Cheltenham Festival, which had a record-breaking number of bets.

Dr. Jerry Hill, the Chief Medical Adviser of the BHA, stated that he is very pleased with how racing has dealt with the situation in the recent period and added that even though restrictions have been lifted, racing must do everything in its power to protect the people. In his statement on Monday, he also added that the best way to stay protected is to get vaccinated. 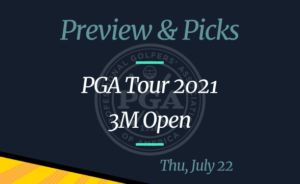