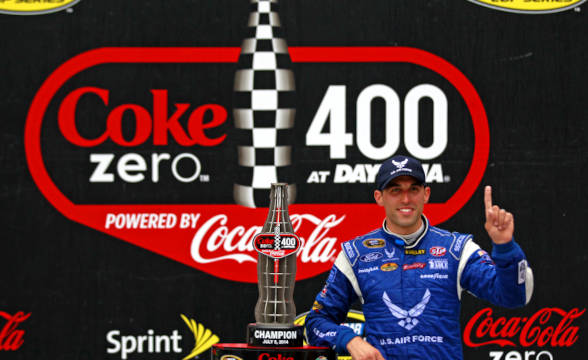 It’s time for the final race of the regular season of the 2022 NASCAR Cup Series. The event in question is The Coke Zero Sugar 400 race at Daytona International Speedway in NASCAR’s hometown Daytona Beach, Florida.

This is one of the most iconic NASCAR races, having been held every year since 1959. The drivers are required to drive over 400-mile over 160 2.5-mile laps on asphalt road. It’s a very challenging race, in which the winners tend to win by a super-close margin. In fact, in the 21st century, the average margin of victory in The Coke Zero Sugar 400 is just 0.154 seconds.

Knowing this, no one should be surprised that all the drivers come with very attractive odds. Actually, the no.1 favorite to win The Coke Zero Sugar 400 is priced at +1000. Further, there are 11 drivers with odds between +1000 and +2000. What this means is that there’s a lot of money to be made from the final race of the regular season.

It’s official – Chase Elliott is the winner of the Regular Season Championship of the 2022 NASCAR Cup Series. He secured the title last weekend when he finished fourth at Watkins Glen International.

Winning the regular season does not only bring fame and glory; it also brings additional 15 playoff points. What this means is that Elliott will start the NASCAR Playoffs with a total of 40 points. He will have an advantage over other drivers in the playoffs, but in order to actually win the 2022 NASCAR, he will have to up his game.

The thing is that in the last couple of weeks, Elliott hasn’t been at his best. In fact, he’s without a race win since triumphing at the 2022 M&M’s Fan Appreciation 400 on July 24. Since then, he hasn’t even finished in the top 3. Maybe that changes this weekend?

Last Chance to Book the Ticket to the 2022 NASCAR Playoffs

There’s just one playoff spot left in contention ahead of The Coke Zero Sugar race on Saturday. As per NASCAR’s rules, the drivers that win a race in the regular season get a spot in the playoffs, under the condition that they’re ranked in the top 30. What this means is that if a driver who’s without a race win in 2022 triumphs at Daytona, he will make the playoffs.

If there’s no new winner in The Coke Zero Sugar race, the last playoff spot will go to either Ryan Blaney or Martin Truex Jr, the only two non-winners with enough ranking points. Blaney, who is the winner of the 2021 race, currently has a 25-point advantage over Truex Jr.

If there’s a NASCAR race that’s hard to predict, it’s this one. Literally anything can happen at The Coke Zero Sugar 400, but in our opinion, the most probable outcome is a win for Ryan Blaney. With the odds of +1200, this definitely looks like an awesome bet.