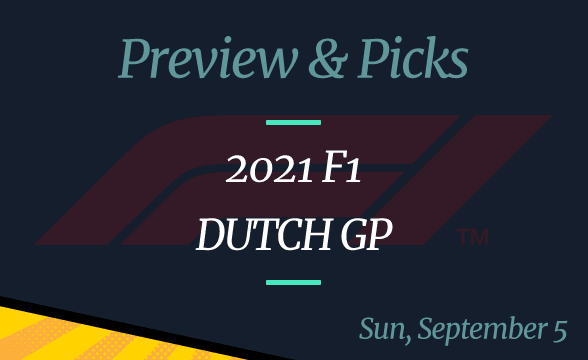 After a dramatic Belgian GP last weekend, and an irate Lewis Hamilton, we are heading out for the Dutch Grand Prix this Sunday, September 5. The event is held at the Circuit Zandvoort, North Holland in the Netherlands and it promises to be every bit as spectacular as you can expect.

The rivalry between Hamilton and Max Verstappen is reaching a breaking point with the two drivers now both posted at almost neck-and-neck odds to win the upcoming GP. Verstappen secured a dramatic victory in the Belgian race which had to be cut short and proved to be the shortest in the sport’s history, which prompted Hamilton to fulminate in public.

Regardless, Hamilton has the most points this season with a total of 202.5 against Verstappen’s 199.5. While Hamilton has driven better overall, it’s Verstappen who has won the most races, though. Is Hamilton losing his keen edge? Hardly so, but he is facing fearsome competition from Verstappen.

When and Where Is 2021 Dutch Grand Prix?

The Dutch GP will be taking place this Sunday, September 5 at 10:00 am ET at the Circuit Zandvoort, North Holland in the Netherlands. You may watch the race on ESPN.

The Dutchman may be a few points behind Hamilton, but he has the home advantage. Verstappen learned to drive in the country and he has been honing his skills repeatedly on some of the most ambitious raceways there.

His win last week is definitely a huge help towards his goal of securing the F1 title this year, but he still needs to be mindful of Hamilton who will give it his best shot to compete. Last week’s victory was called “farcical” by many who were disappointed that the race had to be canceled eight minutes in.

Regardless, Verstappen will seek to close in on this 3-point difference between Hamilton and himself. Hamilton will surely still be smarting from the Belgian GP so he wants to make sure that a repeat scenario won’t take place.

After all, the Belgian GP gave Verstappen a solid boost in the scoring, closing in the gap between the two even further. There are surely going to be quite a few challenges to address here, but our pick is still with Verstappen.

Emboldened by his last somewhat chancy victory, Max will be driving for a victory once again. Even though the odds here don’t mean much when you consider Hamilton and Bottas, we feel fairly confident that the Dutchman will turn the home raceway advantage into a win.