Two of the six casino licensees in Macau, Wynn Macau and Melco Resorts, confirmed to have completely cut their ties with junket operators, an article in GGRAsia revealed.

The junket sector has been seriously hit after the arrest of Suncity chief executive officer Alvin Chao last month when analysts predicted the detention and the shutdown of Suncity was a sign for casino operators to terminate their arrangements with junkets. And all six of them got the message clearly after a local media report claimed all held talks considering completely cutting ties with VIP gaming promoters by the end of the year.

Linda Chen, vice chairman and chief operating officer of Wynn Macau, the Asian arm of Wynn Resorts, confirmed before local media that the company would be terminating its arrangements with junket operators no later than December 31, 2021. She also stated third-party VIP areas would be converted into mass-market venues or would be utilized for other purposes.

According to the article, Chen said Tuesday that currently, no junket promoters were operating at all Wynn Macau properties, Wynn Macau on the city’s peninsula and Wynn Palace in Cotai.

Melco’s third property, Altira Macau in the Taipa district, did not release such a statement but had previously announced a shift from VIP gaming to so-called premium mass by ceasing VIP play.

Unlike Wynn Macau and Melco Resorts, none from the remaining quartet of casino licensees in the special administrative region (SAR) of China could provide any substantial update on the subject.

Responding to the media’s request for information, Galaxy Entertainment Group replied in an e-mail that there were no new updates regarding junket operations at its casino properties.

The other three casino license holders, MGM China, the subsidiary of MGM Resorts International, Sands China, the Asian subsidiary of casino giant Las Vegas Sands, and SJM Holdings, did not respond to the request by the time of the article publishing.

The latest SJM Holdings said on the topic of its arrangements with junkets was in early December, when one of its executive directors, Angela Leong On Kei, stated that the casino operator had ongoing contractual obligations related to Macau VIP gaming promoters. 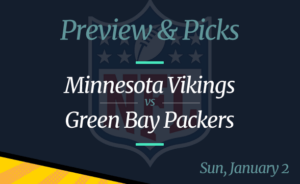