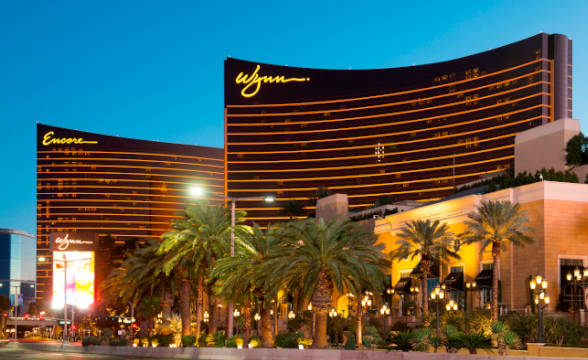 The 20th season of the World Poker Tour is expected to mark the absolute highest amount of money in a guaranteed prize pool throughout the history of live poker with a $15 million guarantee.

The World Poker Tour (WPT) is one of the most recognizable names in internationally televised gaming and this year’s 20th edition of the largest poker tournament is set to take place at Wynn, Las Vegas in December. The WPT World Championship will run from December 1 through December 20, 2022, at Wynn’s award-winning venue in Las Vegas.

The crown event will be the $10,400 buy-in championship, culminating with a televised final table live. The main attraction will be, of course, the guaranteed prize pool of $15 million – “the largest single live tournament guarantee in the history of poker,” as per the WPT news announcement.

The 2022 WPT festival will be comprised of more than a dozen tournaments with three main events: the Prime Championship, the Wynn Mystery Bounty, and the World Championship. Adam Pliska, CEO of WPT expressed his excitement saying “This is one of the most ambitious initiatives the World Poker Tour has undertaken in our 20-year history,” and continued the news announcement by, praising the Wynn partnership: “We expect this to be a highly anticipated festival and are elated to be partnering with Wynn Las Vegas to bring this concept to life.”

The first televised event will be the launching of the 2022 World Poker Tour Prime Championship, slated for the December 8-12 windows, with a $1,100 buy-in and a $2 million guarantee. This will be followed on December 16 through December 19 with the Wynn Mystery Bounty, which also carries a $2 million guaranteed prize pool with a twist: after eliminations, players will be able to try their chance to win up to $100,000 in cash right on the spot, thus concluding the festival part of the tournament, leaving the world championship as the remaining crowning event in the schedule.

Tons of Excitement Planned from Day 1

Ryan Beauregard – executive director of poker operations at Wynn Las Vegas – had this to share for the news announcement:

“We offer our guests the biggest and best poker experiences available, coupled with the world-class service and amenities that can only be found at Wynn Las Vegas,” he said. “In partnership with WPT, we have created a festival that will be a one-of-a-kind, must-attend event for both our current and new players.”

The WPT World Championship at Wynn Las Vegas will also include three “Day 1” flights, taking place on December 12, 13, and 14. Each day will feature a “freezeout” and players will be permitted a single entry per flight. Of course, the absolute culmination will be with the December 20 champion announcement and the person winning potentially the highest prize ever. More details will follow.

The World Poker Tour news announcement states that “At least 200 online qualifiers will attend the World Poker Tour World Championship” meaning this very well might be one of the busiest times for the company’s official subscription online poker game, the ClubWPT. Expect “numerous qualification opportunities”, planned to launch on the platform starting June 12.