Gambling addiction is wreaking havoc in its victims’ lives, and in this story, a woman is faced with multiple difficult circumstances. All of her problems, however, might be stemming from her gambling, which has led her to lie and deceit, and has her marriage hanging by a thread.

A woman sold her body to pay off her gambling debts. Now, her marriage might be in danger, as she’s struggling to hide the fact that she got pregnant, and doesn’t know if it’s her hidden prostitution or her husband that’s responsible for her pregnancy. In an attempt to pay off her gambling debts quicker, she turned to more gambling, setting the stage for a destructive spiral.

The woman’s story was part of The Sun’s Dear Deidre column, where people go to share their personal stories and problems and get a personalized reply, published in the column. Although the woman’s name wasn’t published, The Sun’s report shared she was married, aged 29, and with a husband of 31.

According to the unnamed woman’s story, she works at a big casino, which enables her to pick her clients during her regular work hours, and continue with her second endeavor in paid sex, presumably, after that. In her own words, she’s been concealing her identity by wearing a wig.

What started as a once-a-week side hustle, has now evolved to her having to sell her body almost every other day, with her pregnancy being in the 12th week. The woman’s fear is that her pregnancy bump is starting to become visible, which can put her marriage at risk.

All Part of a Bigger Problem

Dear Deidre’s response to her plea for help was answered with a healthy dose of support and urges to seek help as soon as possible. According to the response in The Sun’s column, the root of the problem was the woman’s gambling, who was said to have £6,500 (approx. $7,831) left in debt, after having sold her body for what is presumably more than 12 weeks at this point.

This is another example of how problem gambling is rarely a standalone issue. The unnamed woman has turned to gamble in order to overcome the fact that she was gambling beyond her means – a classic sign of a budding gambling problem. Hiding it from her husband and lying about what’s going on is another classic symptom of gambling addiction.

While this might be the case with many addictions, gambling harm can push people to steal – sometimes a lot of money – in order to fund their gambling. It can also severely impact another aspect of a person’s psyche, leading to uncharacteristic behavior. In the most severe cases of this particular outcome, some people even commit suicide. A recent report by The Times reported that the National Health Service (NHS) in the UK had seen an increase in suicides, related to gambling – clear sign reforms in the country need to happen as soon as possible. 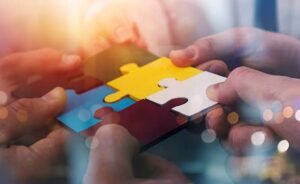 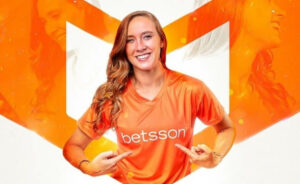