Wind Creek Bethlehem will reluctantly obey the state-wide order to shut operations, Wind Creek Hospitality President and CEO Jay Dorris stated, while expressing his understanding of the need to curtail the surge of the virus.

Jay Dorris was disappointed that the property is forced to close down for a second time, despite being compliant with all of the requirements regarding masks, physical distance and capacity constraints since its re-opening for business in June.

Having been shut down for more than 100 days, Wind Creek resumed operations with a reduced number of slot machines, a reservation system and enhanced cleaning protocols. The property recalled around 1,400 people back to work, hoping to recall even more when capacity limits are lifted and business returns to normal levels.

Instead, the massive casino resort in Pennsylvania is now facing a three-week shutdown which is set to expire January 4. According to the order from Pennsylvania Gov. Tom Wolf, all in-person businesses from the entertainment industry including casinos are prohibited from operation. The order for in-person retail allows the Outlets at Wind Creek Bethlehem to remain open and operate at 50% capacity.

It is the second time casinos in the state were asked to shut down to help curb the further spread of the virus, and as during the first closure in March, when Wind Creek Bethlehem voluntarily decided to close, it also made a significant commitment towards its team members.

By that time the casino resort announced it would pay all of its employees throughout May, and now a similar commitment to pay its team members during the closure period was made, despite the casino, hotel and restaurants at the venue being closed.

Economic Impact from Restrictions on Business

The casino property registered a 38% year-over-year slump in revenues in July, its first full month of operation, and by late September, lower business volumes forced the establishment to cut around 450 jobs, 20% of its workforce, as well as permanently close Emeril’s Fish House.

Jay Dorris stated that for the fiscal 2020 which ended September 30 Wind Creek Hospitality, the gambling and hospitality business entity of the Poarch Band of Creek Indians, took a significant hit.

“This particular shutdown, it is what it is. When we get reopened, we’ll pick up from there, and we’re still going to try to do better than we did in our fiscal year 2020.”

In November, the casino complex added another amenity by opening a Sportsbook in the space formerly occupied by Buddy V’s Ristorante. Powered by Betfred, the amenity is set to attract sports bettors, hoping to launch its mobile offering in January.

Indeed, it is the online gaming arm that presents opportunities for Wind Creek, as less than 3 months after its initial launch in late July, online gambling managed to gobble up $596,000 from players in October.

Pennsylvania Gambling Revenue on Track to Hit $5B in 2022

Pennsylvania’s gaming industry is on a firm path to recovery with gambling establishments not only exiting the pandemic doldrums but beating all expectations. Gaming brought in $3.2 billion in 2018 when the industry was officially launched, but it’s now set to surpass $5 billion according to a new Allegheny Institute for Public Policy report. New […] 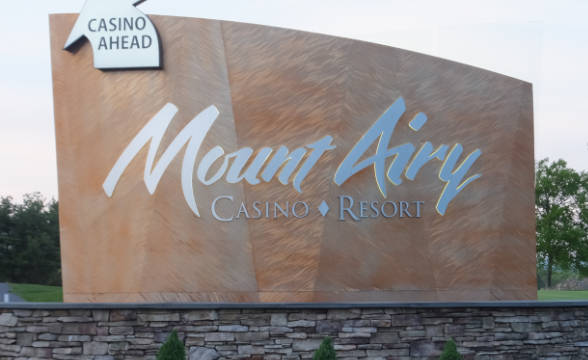 Pennsylvania regulators are inviting the public to take a more active part in the process of casino license renewal of Mount Airy Casino Resort, announcing a public hearing next month, Pocono Record informed. Public Opinion Matters The Pennsylvania Gaming Control Board (PGCB) will hold a public hearing on August 3, 2022, at Paradise Township Municipal […]