Riot Games intends to create an independent top-to-bottom esports structure for Wild Rift as it seeks to guarantee the sustainability of the competitive ecosystem around the game.

Wild Rift Has a Competitive Future

In light of the ongoing success of Valorant, Riot Games has revealed a complete roadmap for yet another ambitious title of its own making, Wild Rift. After Valorant made a splash and quickly amassed a solid number of tier-one players, Wild Rift is next on the list.

Leo Faria, the head of esports for the game, has delved deep into the details surrounding the future of the game, which is taking on other competitors such as Honor of Kings and Mobile Legends: Bang Bang (MLBB). The latter was part of a lawsuit Riot Games filed and won against Moonton, MLBB’s developer, for similarities between the game and League of Legends, a Riot Games MOBA title.

The Wild Rift esports plans have taken “time and consideration,” Faria explained, as the game is embarking on a market dominated by rivals that have been present there for years now. Faria put speculations to rest right at the beginning of his post, arguing that Wild Rift’s success cannot be contingent on League of Legends.

Rather, Faria said that Riot Games is looking into writing a unique narrative for Wild Rift, which could mean a different level of success. He argued that esports plays a huge role in promoting a product these days, as it inspires younger or less experienced players to pursue a path to greatness within the game.

“The idea of players looking up to pros and thinking, ‘that could be me’—the same reason why people admire professional athletes,” Faria argued. To achieve this, though, Wild Rift will have to exist as its own ecosystem, independent of any of the other titles, even League of Legends.

Essentially, Wild Rift will go its own separate ways with the game, and the metas in both games are likely to end up completely different over time. To achieve its esports goals for Wild Rift, Riot Games will work toward the objective of equating the significance of winning in either League of Legends or Wild Rift. Faria hopes that this achievement will bring an equal amount of prestige.

“We will also bring our global tournaments to non-obvious locations around the world. Of course, like the game itself, we will move fast and aggressively in mobile-predominant markets like China and Southeast Asia, where the demand is immense,” he added.

To see Wild Rift come to esports fruition, Faria believes that organizations need to be confident that investing in Wild Rift would make sense. That is usually tied with enough tournaments to play in and field their players in.

Sustainability is a buzzword for the game, and achieving this will be a top-to-bottom process with Riot Games focusing on the highest competitions first before shifting focus to create more opportunities for grassroots movements.

Riot Games has had many opportunities to develop separate esports ecosystems for its games, and many of these have succeeded. Wild Rift is its latest and most ambitious experiment, given the challenges and competition. 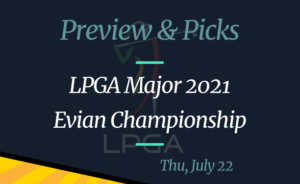 Next Article
Esports July 21, 2021
Scientific Games and Playtech to Conquer the iGaming Industry