The West Virginia Lottery has repeatedly discussed joining the Multi-State Internet Gaming Agreement, which so far only has Nevada, New Jersey and Delaware as its active members. Michigan has also decided to join the Agreement, however, there are some further developments needed before it becomes a fully-fledged member and achieves its full potential.

An unspecified West Virginia Lottery official was recently reported by Poker Industry PRO saying that the state would consider joining the Multi-State Internet Gaming Agreement (MSIGA) if one of its operators openly states they want to start offering multi-state online poker. Poker Industry PRO’s report emphasized that West Virginia has historically been open to the idea of signing the Agreement at an appropriate time, which seems to be defined by local operators taking the first step.

The state’s five casinos and horse racetracks can each support up to three iGaming operations, which for WV boil down to online casino gaming and sports betting services. This means that any of the nine operators in WV can ask the West Virginia Lottery about introducing online poker.

Rush Street Interactive (RSI) – the company behind the BetRivers brand – solidified its interest in poker with its Run It Once (RIO) acquisition, and the Mountaineer Casino, Racetrack & Resort is partnered BetRivers and Caesars, so it’s definitely a candidate to raise the question of online poker.

The Hollywood Casino at Charles Town Races is partnering with Barstool, DraftKings, and PointsBet, and Greenbrier Resort’s Greenbrier Casino Club is home to the FanDuel Sportsbook, as well as BetMGM and Golden Nugget. BetMGM and Caesars also have synergies within the WSOP/888 US Network thanks to their presence in New Jersey, for example, and FanDuel, which has close ties to PokerStars, already has a successful WV online casino, so online poker is not far away.

Some States Not Eager to Join MSIGA

However, some states are neither this forthcoming, nor that eager to sign the MSIGA compact or to act upon it, for that matter. Such was the case with Pennsylvania, which was rather reluctant to do so, regardless of its already well-developed poker market. Some of the fears in joining MSIGA revolved around sharing the player base and linking with players outside the state. This might be an unfounded concern, as with how MSIGA is structured and the way poker is regulated, the rake is collected in-state, so there must be more to Pennsylvania’s reluctance.

Michigan, on the other hand, has been relatively enthusiastic about its acceptance in the compact and was ready to share liquidity with the compact’s other member states when it comes to online poker. Its other online casino games were not part of the agreement, as was the case with New Jersey and Delaware, whose agreements included those verticals as well.

Regardless, once the results of Michigan’s acceptance become apparent, this might prompt operators in WV to act more decisively and take the first step, as apparently that’s what WV needs from them at this point. And, who knows – maybe even Pennsylvania would be tempted to join afterwards. Time will tell, though, and as the list of MSIGA member states grows further, other states’ interests might be sparked as well. 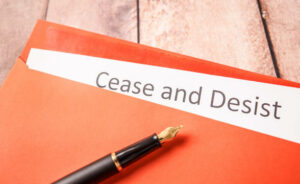 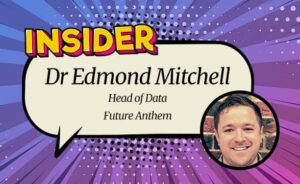