One of the two gaming brands which had their operating licenses in Sweden revoked last month, Vivaro Gaming, will have its gambling permit reinstated following a ruling of the Swedish Administrative Court.

Vivaro Gaming, BetConstruct’s European B2C subsidiary, had its license revoked by the Swedish gambling regulator Spelinspektionen in September, after it failed to launch operations in the country in the 12 months following the issuing of the license on June 3, 2020, but Sweden’s Administrative Court is now reversing that decision.

Following Vivaro’s appeal against the severity of the punishment, the court judged the revoking of the license by the regulator as a “disproportionate measure” in light of the actions undertaken by the operator to inform Spelinspektionen about the extreme circumstances that caused the launch delay.

In August, BetConstruct explained in a statement that Vivaro’s launch of operations had been impeded by several factors, among which were the coronavirus-related developments in Armenia and their impact on Vivaro’s staff and the ongoing military conflict between Armenia and Azerbaijan. The latter saw 50 of Vivaro’s employees being called to duty.

In addition, the company stated that it wanted to be fully compliant with all rules and regulations in the country before the official launch, needing extra time to consider every detail of the re-regulated online gambling marketplace rather than launch prematurely and risk its license.

Considering the actions undertaken by BetConstruct to inform Spelinspektionen about the extreme circumstances forcing a delay to its launch of operations, the Administrative Court stated in its ruling that it would have been more reasonable for the regulator to give the company a chance to start its business, instead of deciding to revoke its license.

Judging the decision to be a “disproportionate measure,” the Administrative Court replaced the punitive measure with a warning to the operator and reinstated its operating license.

BetConstruct’s B2C European subsidiary Vivaro Gaming was not the sole recipient of the punitive measure issued by Spelinspektionen last month. Fair Play Bets was also being on the receiving end of the regulator’s enforcement actions for failure to launch within the 12 months following the issuing of a license stated in the gambling law.

Fair Play Bets justified the delay to the regulator by a shareholder decision for restructuring that would seek to optimize costs and staff and provide capital for gambling activities and developments in new markets, including Sweden. The regulator, however, wasn’t sympathetic and didn’t reverse the penalty. 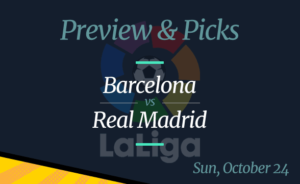