Formerly branded as Spieldev, Vibra Gaming is the pioneer gaming developer to receive the Lottery of the City of Buenos Aires’s approval to offer its products to online operators in the LatAm region. The supplier, which has become a top content creator in the area, has recently announced the launch of its new roulette game, Roulette European. The first of its kind, the game will break the ice for its new table games portfolio that will also include Blackjack and Baccarat, among others.

Roulette European, the First in the Fresh Line of Table Games

The award-winning supplier of games and software products decided to present its own take on one of the most appreciated adrenaline-pumping classic casino games. The supplier created its very own omnichannel alternative to the game, in hopes of appealing to thousands of passionate players across a large number of online casinos in the LatAm area. The game was created together with platform developer Ondiss. Roulette European is currently available for play at the top online casino brand Casino Magic. In the near future, Ondiss will also distribute the game via a number of other operators, including City Center and Casino Club.

Once again proving its commitment to only creating and releasing high-quality products, the developer broke the ice on its portfolio of table games with the new roulette title. The portfolio will soon be joined by a plethora of similarly existing games, including Baccarat, Blackjack, Sic Bo, and Craps.

What Should Players Expect?

LatAm casino players online interested in checking out the new release will get to experience a cool, “close to real-life” game design along with a user-friendly interface. The game lets players choose from a wide variety of betting options such as street or corner, numbers from 0 to 36, line or column, color, odd, number, low or high, or dozens, to name just a few of the available options.

The game is also available in “Racetrack mode” where players can choose a variety of betting areas. The list includes Zero Neighbors, Orphans, Thirds, and Zero. It is also possible to select pairs of “neighbors” and simultaneously choose five different numbers.

Other brand new features of the game include table statistics, graphs displaying the performance of the player in the last few rounds, and a series of special features. The list includes Hot Numbers, which are the eight numbers that are drawn most often, the Table Record, which shows the winning numbers during the past 14 rounds, and Cold Numbers, or the eight numbers that are least drawn.

Vibra’s chief executive officer Ramiro Atucha highlighted that mobile gaming is the company’s top priority, explaining that the new game is meant to help players play roulette “whenever and wherever they chose.” Atucha added Vibra is confident in the game’s power to become a timeless classic. In mid-February, Vibra Gaming and Betcris signed a LatAm distribution partnership. 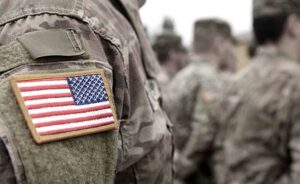 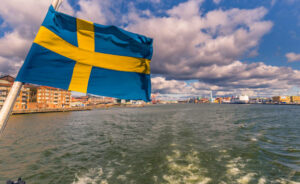