Nuvei has become the newest payment solution provider for Unikrn, helping the company scale its offer domestically and globally.

Unikrn is strengthening its portfolio of available payment providers through a newly-minted partnership with Nuvei. Nuvei will add a powerful payment solution allowing Unikrn to maximize payment processing power as well as facilitate withdrawal options for a global customer base.

Presently, Unikrn operates in 24 markets and 41 states in the United States.  Thanks to Nuvei, Unikrn may now use up to 450 alternative payment methods and 150 unique currencies, allowing esports enthusiasts to feel at home settling bets and requesting winning withdrawals from the websites.

Nuvei will have a unique Cashier section which will facilitate deposits and withdrawals for Unikrn’s consumer base, making for a simple operability for the end user. Commenting on this partnership, Unikrn co-founder Rahul Sood said that the company remained committed to gaming experiences without interruption.

By adding Nuvei, Unikrn was looking to make the payment journey safer and seamless, Sood explained. Nuvei Managing Director of Digital Payments Yuval Zid said that the company was committed to innovating the payment experience and providing gaming operators with the tools necessary to scale their offer domestically and internationally.

Earlier this year, the US Securities and Exchange Commission (SEC) reached a decision in the case against Unikrn Inc., accusing the operator of launching an unauthorized initial coin offering (ICO) of digital asset securities.

Unirkn has agreed to admit fault, paying a $6.1 million fine as part of the settlement with the regulator. SEC said that Unikrn successfully raised $31 million for its UnikoinGold (UKG) during June and October 2017.

At the time, Unikrn told investors that the ICO was a pre-cursor to facilitating and beefing up demand for the token. From SEC’s standpoint, though, Unikrn sold tokens as investment contracts, which are a type of security, but the company has failed to register those tokens as securities.

Toughening Up Stance against Fraud

Since this incident, Unikrn has been on the straight and narrow, revving up its efforts to uphold industry standards. Earlier in November, the company teamed up with SEON, a company specializing in fraud prevention.

As per the partnership, the company will assist Unikrn to identify users who may be using multiple accounts to commit fraud including but not limited to bonus abuse.

FansUnite Becomes a Member of the Canadian Gaming Association 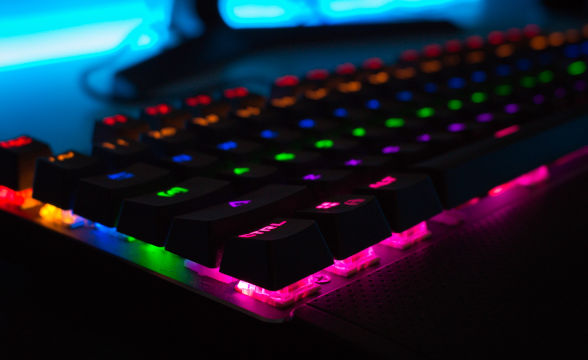 Entain finalized the acquisition of esports betting and gaming platform Unikrn in October last year. Since then, the entertainment giant has been looking to develop an innovative esports platform, and the latest move includes the appointment of Brian Lancey as the company’s new chief marketing officer or CMO. The Right Marketing Executive at the Right […]

Scout Gaming Selects Nuvei as Payment Provider for the US

Scout Gaming Group, the leading provider of B2B fantasy sports and sports betting products, joined forces with Nuvei Corporation, the global electronic payment processing company. FanTeam to Offer New Payment Options under a New Deal Under the terms of the deal, announced on Thursday, Nuvei will boost Scout Gaming’s expansion into the US by offering […]

Entain revealed its plans to secure esports wagering platform Unikrn in August this year, and has now followed up by completing the acquisition of the betting platform’s assets. Entain bought Unikrn in its entirety, bringing the website’s platform, technology and existing portfolio along with its 50-man team under the entertainment giant’s roof. Looking after the […]

Nuvei Corporation has increased its US public listing offer to three million subordinate shares. These shares will be traded on one of the world’s most renowned exchanges, NASDAQ. The payments group, which is based in Montreal, originally intended to place a total of 1.5 million subordinated shares on October 4, which would serve as its […]

Entain Agrees to Acquire Unikrn, Deal Expected by End of 2021

The United States Securities and Exchange Commission (SEC) and Unikrn Inc, an esports betting company, settled a pending case over an unregistered Initial Coin Offering (ICO) carried out by Unikrn, SEC announced on Tuesday. According to SEC, the company has agreed to pay a $6.1 million penalty to the U.S. government, choosing to settle the […]

Online gaming software supplier Microgaming announced today it teamed up with entertainment media and esports betting company Unikrn, to further diversify its product portfolio by offering esports betting to a customer base of more than 800 gaming brands globally. Innovation and Development Microgaming, the developer of the first true online casino software, as well as […]

The worlds of esports and horse racing are among the most lucrative ventures on the planet right now. That said, renowned esports betting platform Unikrn is now seeking to combine the two in a bid to extend their footprint across both of the sectors. To that effect, the company has recently inked a lucrative partnership […]