Triggy, a sports tech firm, has secured a new Series A funding, which is led by VC fund Ikigai Ventures. Ikigai Ventures is managed by Eman Pulis and it is the latest company to invest in Triggy, which is built on the Triggy Engine.

The co-founder of Triggy, Stefan Thunberg, commented on the latest development. He said that Triggy is dedicated to supplying “effective data-driven products” to the market. These products are able to connect live odds, sports data, and user insights and thus, provide higher engagement and overall, better sports betting experience for fans.

He added that the investment by Ikigai Ventures puts the company in a position to advance to the next level. Thanks to the fact that Eman Pulis is the CEO of SiGMA World, Triggy will also gain access to SiGMA’s network.

Triggy is a white-label app that provides sports betting fans with relevant notifications concerning bets. Bettors are just one click away from a bet. Recently, Triggy teamed up with Better Collective, an affiliate based in Copenhagen, to launch a live-scores app.

The company is based on its unique technology called Triggy Engine and apart from the live-scores app, Triggy also offers NextBets, BetAlerts and Context Aware Banners solutions.

NextBets gives bettors personalized wagering suggestions based on live odds and game context. Context Aware Banners provides them with editorial content with live odds from providers and finally, through BetAlerts, bettors can set so-called custom Triggers which are based on game time, scores and odds movements.

Some of the company’s clients and partners include LeoVegas, Kambi, Sportradar, Sportsbet.io, Pinnacle, Better Collective and 2mee.

Triggy’s Current Success Is Led by Its Massive 2021 Expansion

Back in 2021, Triggy expanded in the US by partnering with LeoVegas. The agreement resulted in adding American football to LeoAlerts. Björn Nilsson, the co-founder and CEO of Triggy, stated that the US market is the most important focus of the company and that is why the company won’t just focus on football. Instead, it will push to add baseball, basketball, soccer and hockey as soon as possible.

Triggy AB, Martina Åkerlund, doubled down on the development by saying that adding American football to their live-scores apps is a major milestone for the company and a part of their multi-sports coverage strategy.

Shortly after teaming up with LeoVegas, Triggy inked a deal with Venuetize to boost bettor engagement. Thanks to the deal, Venuetize gained access to all of Triggy’s services, including NextBets and thus, managed to add value to sportsbook operator sponsorship deals. 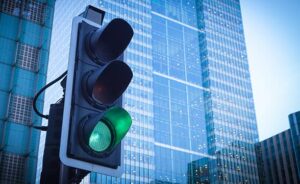 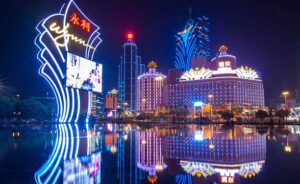