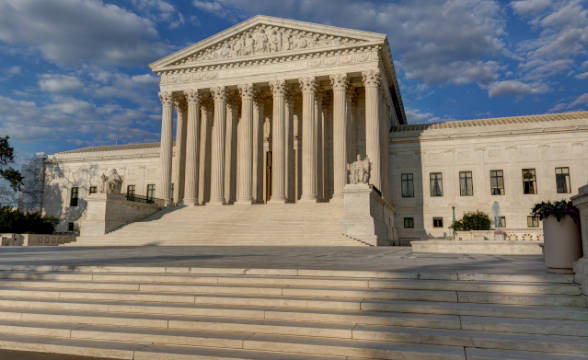 A decades-long fight over tribes’ right to have gambling in their establishments on Texan soil finally concludes in favor of the tribes. There are still a few kinks to work out, though, and it’s not complete gaming freedom.

The Tiguas, or as they’re formerly known – the Ysleta del Sur Pueblo – can now legally conduct bingo games at their Speaking Rock Entertainment Center in the Lower Valley after a 4-5 decision by the US Supreme Court made on Wednesday, concluding a decades-long legal fight to hold games in Texas.

The state of Texas is known for having some of the strictest gambling laws in the US and the Tigua Pueblo people have experienced this with losses in court that are too many to count over the years. However, a definitive decision was never reached while the fight was happening in federal courts.

Adding to the importance of this victory is the fact the Tiguas and the Alabama-Coushatta are the only two tribes in the entire country that have their gambling regulated by a state government. The 1987 Restoration Act is a sine qua non for this issue, since there is a certain amount of ambiguity about the extent of Texas’ gambling laws, thanks to a distinction in the provisions about regulation and prohibition. As per the document, tribes are banned from holding gaming activities as long as they are banned by Texan law.

Justice Neil Gorsuch wrote the majority opinion, in which he states that “No one questions that Texas “regulates” bingo by fixing the time, place, and manner in which the game may be conducted.” As you can probably see, this means that bingo games are regulated, and not banned. Some further light is shone on the matter by Gorsuch, after explaining that Texan laws “prohibit bingo” only if the game “fails to comply with the State’s time, place, and manner regulations,” making it clear there are provisions in the law about a legal way to hold bingo games.

And that’s the basis on which the Supreme Court ruled that Tiguas can indeed hold bingo games at their establishment.

A Win for Existing Gambling, Not Expansion

This ruling of the Supreme Court doesn’t absolve the Tiguas from gaming regulation, of course. It simply means that the Tiguas – and very possibly the Alabama-Coushatta as well – are now going to be regulated by the National Indian Gaming Commission, just like all the rest of the tribes in the entire country. This means that the case will now return to the 5th US Circuit Court of Appeals to remedy its wrongful understanding of the Restoration Act after having its decisions voided by this new Supreme Court ruling.

The win to hold bingo games does not automatically mean all past rulings about tribal gaming activities are voided as well. In 2016, the tribe had to switch to bingo, only after having its “sweepstakes” gaming ruled illegal, and the only reason they’ve won the case was because of careful interpretation of the original wording in the Restoration Act and Texan laws.

Furthermore, the Tiguas use electronic bingo machines, which Texas lawyers argued look and work a lot like slot machines. It’s a good thing that the Supreme Court has already addressed the last part, ruling that whether electronic bingo machines should be regarded as slot machines is “irrelevant,” since if “good governance requires a different set of rules, its appeals are better directed to those who make the laws than those charged with following them.”