Sports betting operator Tipico announced the launch of a free-to-play game in Ohio as part of the operator’s preparations to go live alongside the official launch of sports betting in the state on New Year’s Day 2023.

‘Call to Action for the Diehard Fans’

The free-to-play game will be part of the “Win Ohio” statewide campaign Tipico is starting to celebrate the upcoming launch of its sports betting platform on January 1, 2023, and reward sports fans in the Buckeye State.

Commenting on the launch of the campaign and the free-to-play game, Tipico US chief executive officer Adrian Vella hailed ‘Win Ohio’ as “a call to action for the diehard Ohio sports fans,” who will finally be able to enjoy the “memorable, personalized experiences” provided by “a platform that shares their passion for wagering on sports.”

“We are on a mission to discover the most loyal fans in Ohio, and we look forward to providing them with the opportunity to compete for glory,” Vella concluded.

Tipico’s free-to-play game is available on a dedicated website, www.winhio.com, and presents sports fans with a chance to earn sportsbook bonuses, free bets and fan experiences within the operator’s mobile app by playing a scratch-and-win contest.

“Win Ohio” will provide four new opportunities every week, including NFL Monday Night Football, NFL Thursday Night Football, College Saturday, and NFL Sunday, as players will receive points for every successful pick on the contest’s leaderboard that will be available to the contest homepage alongside their total winnings and entries.

Every week of participation will be rewarded with a $10 free bet and weekly bonuses awarded according to the rankings on the leaderboard: first place will be given $500, second place will receive $250, and the third-placed participant will get $100 in bonus money. The remaining participants ranked in the top 100 will receive a $50 bonus.

Participants will also accrue entries into Tipico’s Grand Prize Sweepstakes, a competition that will reward the 10 lucky winners with a prize package of $1,500, featuring unmatched experiences in Ohio, including luxury stays, five-star dining experiences, premium tickets to sporting events in the state, as well as VIP concert tickets. The package can be claimed in Tipico bonus money also.

The launch of “Win Ohio” ahead of the official launch of sports betting in Ohio is the latest piece of Tipico’s puzzle which began shaping in January this year when the sportsbook operator teamed with Major League Soccer’s Columbus Crew to become the team’s official and exclusive sports betting partner.

As part of the agreement with the Columbus Crew, Tipico received the rights to launch its mobile sports betting app when the state officially launches wagering on sports. 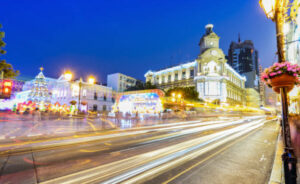 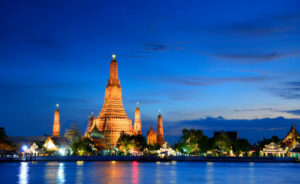 Industry November 16, 2022
Thailand May Need to Wait on Casino Resorts Until 2023