Substantial progress is being made in Nagasaki as the prefecture looks to win the rights to host one of the first three integrated resorts (IR) expected to be built in Japan. Three candidates were ultimately shortlisted as potential operators of the city’s casino resort and they all have now submitted their formal written proposals for review. They still have one more chance to show off their capabilities in a live demonstration, currently scheduled for this August.

There are only a small handful of locations that are considered to be at the front of the race to grab one of the first three licenses Japan issues for its IR plans. Nagasaki has been at the front of the pack since the start of the race and has routinely shown why it should be chosen as a host. It has dedicated a serious amount of resources to the development of an IR infrastructure and has been upfront with every step taken so far. With the request-for-proposal (RFP) now answered, it is further along than the other candidates.

According to Japanese media outlet Nagasaki Shimbun, Oshidori International Development Ltd, which partnered with US gaming operator Mohegan Gaming & Entertainment, Casinos Austria International Japan and NIKI Chyau Fwu (Parkview) Group have responded to the RFP and submitted all of the documents requested as part of second screening. The trio survived the first cut, which saw the only other two candidates, Current Group and One Kyushu, rejected. Next up, live presentations will be given by the final candidates this August, the last chance to show the Kyushu IR Council why each deserves to be chosen.

After the entities try to woo and impress this August, Nagasaki will make its final decision. The IR Council will likely have an idea already who it plans on selecting, with the live presentations organized to give the companies face time with their potential IR partners across the prefecture. The final decision is expected to be made soon after the presentations are given, but there is a slight chance that a little more time is needed and the process may spill over into September.

It isn’t possible that Nagasaki takes more time than that to conclude its project. Japan’s national government is expecting host locations to give their final presentations beginning in October, and Nagasaki will want to continue to be out front. Although the IR Council technically has until April of next year to submit its proposal to the government, it has repeatedly shown to be proactive in meeting deadlines as it looks to secure its gambling future. The national government is expected to reveal its final selections sometime next summer. 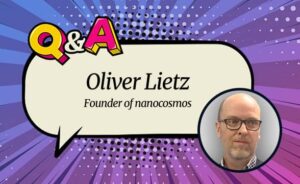