The Philippines is set to remove the lingering COVID-19 restrictions hopeful to boost its tourism industry, revitalize the economy, and generally beckon to the world that recovery is well underway. The country is now removing the mandatory use of face masks in public space, a rather belayed decision with other Southeast Asia nations already making sure that mask mandates have been lifted.

Tourism secretary Christina Frasco confirmed the decision on Tuesday and said that the move has received the backing of President Ferdinand Marcos Jr who will be issuing an Executive Order. The Philippines still recommends the use of indoor and outdoor masks, but this measure is only voluntary moving forward. There is no exact date of when the mask mandate will be removed, though. Commenting on the recent Cabinet meeting, Frasco said:

As a result of the Cabinet meeting this morning, it was agreed that the President will be issuing an executive order, per the IATF recommendation, to make indoor mask wearing also voluntary all over the Philippines, with few exceptions.

The new president is similarly keen to make sure that the Philippines is leveraging its strength as a tourist destination. Despite a string of setbacks in the offshore gaming industry, the country is determined to get travellers back. Moving forward, even unvaccinated travellers would no longer need to provide a PCR test prior to departure.

However, the country will continue to use eArrivals cards, which must be filled out in order to trace people’s movement and help in cases of a new infection outburst. Many local governments and officials have welcomed the move, arguing that it will provide a much-needed reprieve to the economy and help pick up.

The gambling industry remains an important part of that, although it’s under tight scrutiny, especially with recent calls to scrap the offshore operators completely, a move that seems counter-intuitive given that there are many licensed entities that contribute fair amounts of tax revenue to the state budget.

A previous rumor that the Philippines has been blacklisted by China over the POGO sector proved to be false and was reported in a hurry. There is also the potential privatization of PAGCOR, the national regulator and operator, that is being talked about publicly and privately.

The idea is that should PAGCOR go private, the country would benefit more as competition will bring in more gross gaming revenue that can be taxed. This rationale is difficult to gauge without the appropriate research to go hand-in-hand. 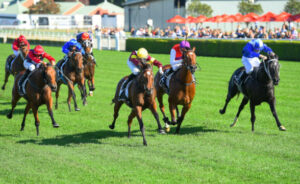 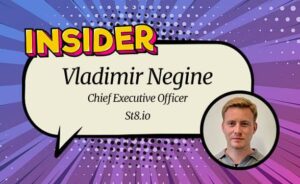 Industry October 26, 2022
St8.io Vladimir Negine: How Gaming Startups Can Survive and Thrive in 2023