Ten months ago, the Netherlands updated its gambling regulations and legalized online gambling. The Dutch Gaming Authority (KSA) implemented various player protection measures, including a voluntary self-exclusion register. According to the latest data released by the regulator, over 20,000 gamblers have used this option. 5,000 have signed up in the past two months.

The Register Is a Powerful Player Protection Tool

The Remote Gambling Act launched in the Netherlands on 1 October 2021. It included a centralized cross-operator self-exclusion register, allowing people who wished to protect themselves from gambling harm to register for a certain period. Gamblers whose names are on the register can no longer access online and land-based casinos. Every time a player wants to gamble legally at a regulated venue or website, that provider has to check whether that person is part of the self-exclusion program. If this is the case, that person must be refused.

The minimum period one can apply for is six months, and most players register themselves. However, there have been cases where people got involuntarily added to the register. If an operator detects signs of problem gambling, they can submit a request to the regulator. Concerned friends or family members can also do this. Unlike self-imposed bans, which are always accepted, exclusion requests from third parties first require verification by the KSA, which issues the final verdict after careful consideration.

Awareness of the Option Continues To Grow

The Dutch government’s newly implemented player protection measures have not been perfect. Immediately after launching, the register faced various technical problems. There was at least one confirmed case of a player with an entry in the self-exclusion register who still managed to gamble away thousands with regulated operators.

The Dutch government remained undeterred and quickly tackled the problems. The KSA reaffirmed its goal to create a safe gambling environment for players. Despite the difficulties, the new regulations would help avoid the old situation where gamblers would engage with non-licensed providers without any guarantees for their protection.

Recent data shows that the KSA’s efforts are paying off. It has resolved the system’s technical problems, and the registry is fully operational. In the first month of the legal online gambling market, about 3,500 people found and used it. That number doubled in the two months that followed. Since then, the number of people enrolling has steadily increased. The Dutch Gaming Authority posts regular updates on the number of registrations, and the data indicate that an increasing number of players are becoming aware of the self-exclusion option. The KSA reported 15,000 total registrations in June, which have risen to 20,000 as of the regulator’s latest update.

Despite the feature’s success, the KSA is worried that not enough people are familiar with the register. René Jansen, chair of the Dutch regulator, noted that there were still more things they could do to spread awareness about this option. 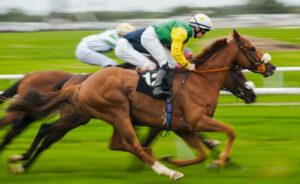