Police in the coastal city of South Texas, Corpus Christi, busted an illegal gambling operation earlier this week. The police raid comes after weeks of investigation and resulted in the arrest of five women who are facing charges of illegal gambling and organized crime.

The Corpus Christi Police Department announced Wednesday that two businesses were served simultaneous search warrants on November 29, 2022. The Department’s Narcotics and Vice Investigations Division (NVID) served the warrants on two businesses operating near each other on the 5000 block of Saratoga Boulevard.

During the raids, fourteen visitors to the illegal gambling venue received citations. They were not arrested and were released on-site. Police officials did not rule out additional arrests considering that the investigation is still in progress.

Executing the search warrants, police officers found gambling equipment. The equipment was seized along with other evidence of illegal gambling and a sum of more than $36,000. The Corpus Christi Police Department said that all five women arrested during the raids were charged with Engaging in Organized Criminal Activity. This offense is a felony in the state of Texas that is punishable by a maximum fine of $10,000 along with up to two years in jail.

“Investigators will continue to enforce all Texas gambling laws, which will help accomplish our mission to reduce crime, reduce the fear of crime and to improve the quality of life in our community,“

reads a statement released by the Corpus Christi Police Department

To complete the recent raids the NVID officers cooperated with the CCPD Operations Division as well as State of Texas Comptroller’s Office investigators. Police officials said that the collaboration between departments and on a federal level will continue in an effort to fight against illegal gambling operations. 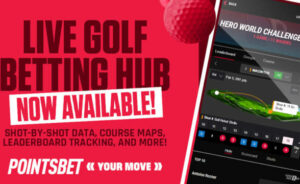