Tabcorp, the largest gambling company in Australia, will take its competitor Entain to court. The former company was not happy to learn of the recent deals between Entain and pubs in New South Wales.

Tabcorp holds the exclusive right to operate gambling machines at clubs in New South Wales, as per a license set to expire in 2033. This means that Tabcorp will remain the only operator allowed to offer gambling at pubs for the next ten years.

While Entain didn’t dispute Tabcorp’s exclusivity, it inked a recent agreement with the NSW division of the Australian Hotels Association. As per the deal, the NSW Hotels Association would allow Entain to promote its Australian brands, Ladbrokes and Neds, in pubs in the state.

While on paper, this deal doesn’t breach the existing Tabcorp’s exclusive right to offer gambling in local pubs, the gambling giant was not happy to learn of the deal. It alleged that Entain and the NSW Hotels Association failed to properly inform it of the terms and details of their advertising deal.

Tabcorp Took the Matters to Court

Tabcorp, which is one of Ladbrokes and Neds’ main competitors, decided to get the law involved. Because, as Tabcorp alleges, Entain and the NSW Hotels Association failed to provide it with proper details and convince it that their deal doesn’t breach NSW laws, it opted to solve the matter in court. The proceedings were launched on November 21 to a Supreme Court in the state.

Tabcorp plans to claim damages against Entain and the NSW Hotels Association since their deal might undermine the former operator’s business. A day after the lawsuit was filed, Entain and the NSW Hotels Association announced that they have received legal documents in relation to the case. However, both Tabcorp’s rival and the hotels union are yet to release an official statement on the matter and share their thoughts on whether Tabcorp is justified or not.

While no official statement has been released as of the time of this writing, a local news outlet claims that a person related to either Entain or NSW Hotels slammed Tabcorp for being monopolistic.

On a separate note, Entain continues to expand its global presence. The operator recently acquired a license to operate online gambling and poker in Germany, making it the first company allowed to offer digital poker. This was preceded by a launch in Zambia, where Entain’s bwin brand will offer sports betting.

Tabcorp, on the other hand, released a trading update a month ago. 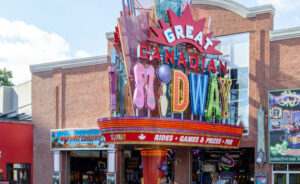