ComeOn Group has announced the shutdown of two brands for the Swedish market. Cherrycasino.com and Sveacasino.com will close on May 18.

The online casino industry in Sweden continues to undergo a period of rapid change. This time, ComeOn Group is shutting down two brands to reflect the group’s pursuit of optimizing its offer and focus on high-performing brands. The operator has announced that the brands Cherrycasino.com and Sveacasino.com will be shut down only in Sweden. Lahcene Merzoug, CEO ComeOn Group, commented on the pending closure:

We are taking these measures in order to consolidate the group’s offer. We want to give the customers the best gaming experiences and we do this by focusing on our best performing brands.

The sites will be shut down on May 18 but the brands have already stopped accepting new sign-ups or deposits. Player accounts are also going to be closed by that date. ComeOn Group recommended consumers to check the other available ComeOn/Cherry brands which are still available in Sweden, such as Snabbare, Hajper and Mobilautomaten. Due to the planned shutdown, the country’s regulator, Spelinspektionen, will need to update its online licenses list.

Bad Climate for Cherry Since the 2019 Start

The latest shut down operations is not the first challenge for the ComeOn/Cherry brands. Back in January 2019, when the brand just entered the market, Cherry received a license for duration of only two years. For example, most licenses are for a five-year period, but Cherry was deemed as “an uncertain organization”, thus resulting in the short-term license. Then Cherry went to an administrative court in order to appeal this decision. In October 2019, the appeal was rejected.

Other ComeOn brands also suffered from Sweden’s authorities. Hajper received a penalty last year after the country’s ombudsman took issue with the company cartoon mascot which was displayed on a poster. Spelinspektionen applied a penalty on ComeOn, Hajper and Snabbare under the pretext that sports betting was offered to players which were under 19 years old.

The Swedish Gambling Industry Unites Against the Restrictions

The restrictions, planned to be implemented on June 1 include a time limit and deposit restrictions for online gamblers. So far, twelve operators running business in Sweden have joined, which according to BOS secretary general Gustaf Hoffstedt represents nearly half of the Swedish online gambling market.

The main concern that the petition is raising is that if such restrictive measures are applied, many consumers will turn to online unregulated markets. Such occurrence can be devastating for the gambling industry as well as the country’s economy, BOS fears.

Correction: A previous version of this article implied that ComeOn had reached its decision as a form of protest to new regulatory measures in the Swedish market. This is not true. ComeOn is simply restructuring its operations in a manner that the Group sees fit to provide players with the best possible experience.

Europe’s premier GameTech company that offers state-of-the-art technology for gaming, LeoVegas Group, announced that it increased its safer gambling efforts for the Danish and Swedish gambling markets. LeoVegas Launches Personalized On-Site Messages The company said Thursday that it launched personalized on-site messages for two of its key markets. The goal of the messages will be […] 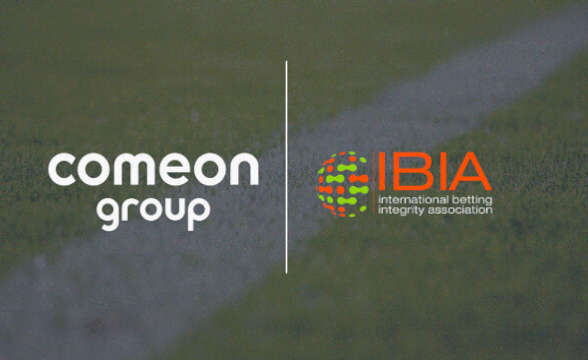 ComeOn Partners With IBIA, Throwing Player Protection Into the Spotlight

Launched in 2008, ComeOn Group is one of the leading operators in the fast-expanding iGaming market determined to constantly provide its customers with safe, corruption-free betting experiences on its platforms. The group has announced a new multi-year membership agreement with the International Betting Integrity Association (IBIA), the leading international voice on integrity for regulated betting […]

Swedish Newspaper’s Games Violated the Gaming Act in the Country

Aftonbladet, one of the most popular daily newspapers published in Stockholm and the Nordic countries has been offering unlicensed betting through a series of manager contests, according to the Swedish Gambling Authority. The Evening Paper Was Offering “Games in the Form of Betting” According to the Aftonbladet publication whose name translates to “the evening paper” […]

One year ago, Swedish gambling regulator Spelinspektionen advised Malta-based Bayton Limited to bring improvements to its then incomplete know-your-customer (KYC) methodology and report back to it by June 2021. Now, the operator with a valid license to operate in Sweden’s online gaming market was fined for not notifying the same regulator of a series of […]

The Swedish online casino operator Spiffbet has reinforced its financial team with the addition of a new acting chief financial officer. The one chosen by the company is Cecilia Skarin who has years of experience in the field of finance. Skarin’s Experience Earned Her a Promotion Skarin, describing herself as an ambitious and passionate person, […]

Spelinspektionen is Inconclusive Whether Sweden’s Deposit Cap Had an Effect

Spelinspektionen, Sweden’s gambling authority, has spoken about the country’s recently lifted deposit cap. The regulator said that it is impossible to determine whether it had a beneficial effect or not. Spelinspektionen Researched the Effects of Sweden’s Deposit Cap The deposit cap in question was introduced in July 2020 as the government was concerned that the […]

Seeking to improve its standings in Sweden, the gambling and sportsbook operator Betsson has signed the famous Swedish soccer ex-star Pontus Wernbloom to its roster of brand ambassadors. Wernbloom Joins Betsson after a Thrilling Career Wernbloom is a famous soccer player who has competed under the banner of some of the best teams in Europe. […]

Kindred Group has become the latest company that has chosen not to be impartial to the plight of millions of Ukrainians escaping the illegal invasion of their country by Russia. As a result, the online gambling group is offering refugees a fast-track job application service in a bid to help people get back on their […]