Despite the ongoing political instability in the country, the Swedish parliament is preparing to implement a new set of gambling reforms. The new rules are more of an update to the current system rather than a complete overhaul and introduce new B2B supplier licenses and additional measures against unlicensed operators. Regulations regarding gambling advertisements and slot games on ferries between Sweden and Finland remained unchanged.

Suppliers Will Have Four Months to Obtain a License

The most significant change in Sweden’s new proposed gambling reform is the introduction of licenses for online gambling suppliers. Spelinspektionen, the country’s gambling regulator, announced that it would hold a meeting with companies affected by the change on 7 December. Attendees will receive detailed information on the transition, which should complete by 1 July 2023.

Suppliers will apply for one of an initial 70 licenses given out to companies already engaged in Sweden’s regulated market. The approval process starts on 1 March 2023, giving applicants roughly four months to comply before the deadline. The government decided on an application fee of SEK120,000 ($11,500), which is roughly on par with other legislations.

Several Proposed Updates Did Not Make the Cut

Other notable changes concern increased scrutiny against unlicensed gaming. The new measures aim to exclude unregulated operators from the Swedish market by expanding the ban on unlicensed and illegal gaming marketing.

A few proposed measures did not make it into the new legislation. Sweden and Finland’s agreement on regulating slot machines aboard international ferries remained unchanged. The government deemed that the current arrangement worked well and any disruptions would negatively affect operators, passengers, and shipping companies.

Another suggested reform that failed to make it in was a bill for stricter moderation on the more harmful types of gambling and a complete ban on high-risk gambling advertisements during the day. The committee ultimately rejected the proposed changes because of the highly ambiguous wording of the text. Such a ban, if implemented, would also adversely affect media revenues without offering any proven benefits. The government noted that it was too early to debate marketing reforms, as the current regulations were still up-to-date.

Sweden’s new government should soon hold a vote on this final version of the gambling reforms. Spelinspektionen expects the process to complete without incident, as evidenced by its ongoing preparations to implement the new B2B supplier licenses. While they may take until July to implement, the lesser changes will likely come into effect from the start of 2023.

Overall, Sweden’s new set of reforms aims to refine existing regulations without introducing too many disruptions. The country’s gambling regulations are among the strictest in Europe, and Spelinspektionen is more than willing to enforce them. Gaming operator ATG recently received a hefty SEK 6 million ($570,000) fine for neglecting anti-money-laundering procedures, while SG International got outright banned for operating without a license. These cases prove that Sweden’s gambling market remains safe and sustainable. 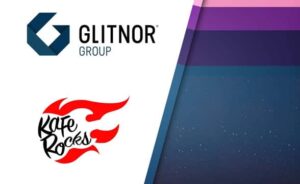