DNP3 is the founder of several projects, including the metaverse platform Gridcraft Network, the charity-oriented CluCoin project, and not least, the Goobers NFT. This all sounds good so far as you don’t consider the streamer’s apology which came via a Twitter message on Tuesday.

In it, DNP3 confessed to having gambled away all investors’ funds, the result of debilitating gambling addiction which forced him into desperation. DNP3 said that his addiction began unexpectedly, and it quickly took a hold of him.

DNP3 confessed to having spent all money he could find on a popular crypto gambling brand, chasing elusive big wins. “Even when the big wins did happen it wasn’t enough,” the streamer said. He admitted to having lost everything – including not only the investors’ funds but also his own savings.

It wasn’t until DNP3 lost his own savings that he tried to recoup the losses by gambling investors‘ funds, though. The streamer was regretful about the events that had pushed him into the predicament:

I am now completely broken both financially and spiritually. My sense of trust in myself is compromised.

The exact amount of the losses is unknown. Following his revelation, though, the price of CluCoin rapidly declined by 63% at the time of reporting, and Goobers’ market cap fell a further 9%. The confession was impactful enough, it seems, as Twitter unleashed a torrent of responses, but a few criticisms.

DNP3 admitted that he had developed his fatal taste for gambling through a “sponsored stream” that unleashed “an addiction [he] never knew [he] had.” The community was mostly supportive and restrained in its comments, which could be a reflection of the projects and their fairly small scale, and could also stem from the fact that many investors have become inured, especially following the collapse of FTX. 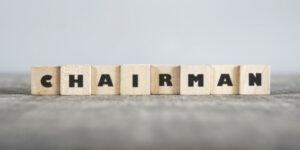