Federal prosecutors indicted 3 people related to Imperial Pacific and its controversial casino project in Saipan, the second-largest island of the Mariana Archipelago and part of the Commonwealth of the Northern Mariana Islands (CNMI), a Bloomberg report revealed on Friday.

The trio of Chinese nationals allegedly conspired to hire illegally a large number of Chinese workers for the casino site, dealing with illegal money transfers in the process. The indictment is adding to the pile of troubles for the Hong Kong operator which recently received an ultimatum from the Commonwealth Casino Commission (CCC), the gaming regulator in CNMI, to either pay its debts or lose its casino license.

Scheme for Illegal Import of Labour

Liwen Wu, Jianmin Xu and Yan Shi were employed by either Imperial Pacific, or its subcontractor MCC International Saipan Ltd, the construction company hired to build the massive casino-type resort in Saipan, which is US territory in the Pacific Ocean.

All three Chinese nationals that were indicted in conspiracy under the Racketeer Influenced and Corrupt Organizations Act currently reside outside the US, the Department of Justice pointed out, and the purpose of the illegal scheme was to reduce labour costs, avoid compliance with federal labour and immigration laws and avoid paying taxes and penalties for violating the law.

The Department of Homeland Security and Citizen and Immigration Services issued only several hundred worker visas for Imperial Pacific, the indictment pointed out.

“(Imperial Pacific, MCC International) and other contractors chose to import nearly all of their employees from China instead of hiring U.S. citizens or otherwise eligible foreign nationals.”

Defendants Wu and Xu put pressure on subcontractor MCC International starting September 2015, to speed up work on the casino site, or else face financial sanctions for missing deadlines, as Imperial Pacific was facing fines under the exclusive rights agreement with the CNMI government, which were dependent on meeting certain phases deadlines.

“As part of this pressure, defendants Liwen Wu and Jianmin Xu and (another conspirator) implicitly and explicitly ordered (MCC International) to hire unauthorized alien workers, referred to informally as ‘heigong,’ Mandarin for ‘black worker.’”

Besides ordering MCC to import workers from China using the CP program, under which Chinese nationals can enter the CNMI for business or pleasure for up to 45 days without any work rights, the defendants instructed potential hires to lie to the immigration officers that they were visiting the CNMI as tourists under the program.

The sophisticated plan to deceive US Customs and Border Patrol included pairing the prospective work candidates in China with Chinese females, who were hired to pose as spouses or girlfriends in exchange for paid vacations to the CNMI.

“The scheme lasted through at least March 2017 and resulted in an influx of more than 600 illegal workers onto the worksite, many of whom were inexperienced and/or not qualified to perform their assigned tasks.”

Imperial Pacific explained in its filing to the Hong Kong Stock Exchange, August 5, that one of the indicted trio was a non-managerial employee of the company until 2017, while in a separate court filing related to a civil case, the attorneys of the group depicted Liwen Wu and Jianmin Xu as company executives.

Neither Imperial Pacific, which reimbursed MCC International and other contractors for the illegal workers’ salaries, plane tickets and other expenses, nor Metallurgical Corp. of China Ltd, the owner of the subsidiary unit in Saipan, were accused of any wrongdoing in the legal filing. 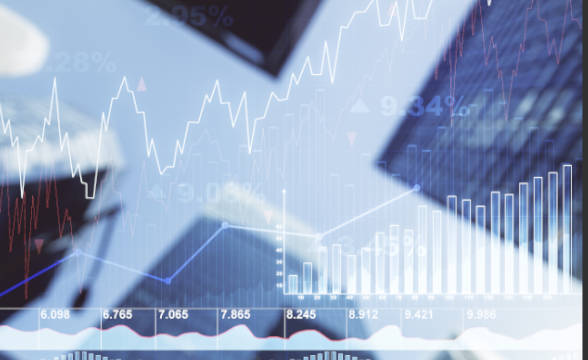 IPI Not Out of the Woods, Piling Debts May Cost License

The Commonwealth of the Northern Mariana Islands (CNMI)’s casino regulator, the Commonwealth Casino Commission (CCC), revealed in a meeting late last week the full extent of Imperial Pacific International (IPI)’s financial troubles, reported Marianas Valley. Obligations Continue to Grow The CCC broke down all of IPI’s outstanding obligations to the CMNI government and showed that […]

The baffling case surrounding Imperial Palace International (IPI) and its escapades in Saipan doesn’t appear to be reaching the final chapter of the story anytime soon. Allegations of fraud, deceit, lack of funds, slave labor, missed construction deadlines and more haven’t been enough to force casino regulators or anyone else to take action. Now, acting […]

The fate of Imperial Pacific International (IPI) and its continued presence in Saipan hangs in the balance. If the Commonwealth of Northern Mariana Islands (CNMI) is concerned about the possibility of not finding someone to take the embattled casino operator’s place, those concerns can now be put to rest. Should casino regulators part ways with […]

At this point, Imperial Pacific International (IPI) is all but washed up in Saipan. The casino operator has bungled its Imperial Palace casino from the start and has never shown that it was willing to make even the tiniest effort to get on the right track. Things are going from bad to worse, with a […]

Imperial Pacific International (IPI) comes closer to waving the white flag with each day that passes. The casino operator behind Saipan’s failed Imperial Palace experiment has been as clumsy as a bad episode of The Three Stooges, but without a successful ending. Now, it’s going to lose gaming equipment and vehicles because it hasn’t been […]

Imperial Pacific International (IPI) has finally made the first intelligent decision it has made in about seven years. The casino operator attempting to hold onto the Imperial Palace in Saipan in the Commonwealth of Northern Mariana Islands (CNMI) announced that it has accepted the resignation of its now-former chairwoman and executive director, Cui Li Jie. […]

Imperial Pacific International (IPI) has lost another in a long line of lawsuits that jeopardizes the casino developer’s future. IPI has faced legal and regulatory issues for almost as long as it has been behind the Imperial Palace casino in Saipan, and doesn’t seem to learn from its previous mistakes. As IPI’s ability to stay […]

Imperial Pacific May Be Done with the Casino Business in Saipan

It was a long time coming, but the writing was on the wall for anyone who could read it. Imperial Pacific International (IPI) is now – at least temporarily – done as a casino operator in the Commonwealth of Northern Mariana Islands (CNMI). The company has spent the past several years building out the Imperial […]

The investment holding company engaged in the gaming and hospitality business Imperial Pacific International Holdings Limited (IPI) is facing turbulent times ahead as the Commonwealth Casino Commission (CCC), the regulator in the Commonwealth of the Northern Mariana Islands (CNMI) issued an ultimatum to the company. CCC Ran Out of Patience The gaming regulator ordered effective […]