The last day of public hearings was on Monday, and the painted picture doesn’t bode well for Star’s Queensland operations, either. There’s still time until the court reaches a decision and the complexity of the review doesn’t skip that regulatory bodies haven’t been doing their jobs, so the fate of Star’s license in Queensland is still undecided.

August 29, Monday, was the last public hearing scheduled in the ongoing regulatory review into Star’s operations in Queensland (QLD). During the public hearings part of the review, Star’s anti-money laundering (AML) policies were – again – found wanting, criminal accusations were being thrown at it as well, and the picture painted by an unignorable amount of media coverage was that Star was severely lacking in following procedures and regulatory compliance. Many questions were raised and most of them will probably be answered in about a month when the results from these damning hearings are revealed by the court.

One question in particular, though, will probably linger a lot longer: how come Star was even able to exploit its position to such an extent, so as to derail from its regulatory-complaint path when there is a regulatory body that’s supposed to be in charge of this, in this case – the Office of Liquor and Gaming Regulation (OLGR)? It’s interesting that the review did not include any evidence from the OLGR, nor did the regulatory body take part in the public hearings.

Star’s ties to figures linked with organized crime have widely been rumored. Some extremely shady partnerships with Chinese individuals, known to be banned throughout different parts in the world from the gambling scene, are now surfacing with this review. The Australian Broadcasting Commission (ABC) reported that Chow Tai Fook – a company controlled by the Cheng family in Hong Kong, has ties to Star. What’s extremely worrying – and seems to be the common thread with this review – is that even the project probity adviser has been reported to be unaware of the criminal associations between Star, the Chinese company in questions, and its ties to the Chinese Triad.

Taking money from such an investor would constitute an obvious moral, ethical, and legal breach, however, the story doesn’t end here. This was not the only accusation that Star faced throughout these public hearings – it’s just the latest one. In the previous public hearing days Star was also found to be lacking in its social responsibility and as expected – some very concerning AML failings were also a prominent theme throughout the Gotterson Inquiry.

High-risk gamblers were apparently wrongfully incentivized to play, which is a big red flag that the company doesn’t regard rules are more than guidelines. The final responsibility to counteract gambling harm still lies with casinos and their operators, as there are many aggravating factors around problem gambling: there’s a social stigma around it, for example, and that often prevents people from seeking help, while on the other scale lies the normalization of gambling, which can sometimes lead to downplaying the associated dangers.

Further walking the moral, ethical and legal tightrope, Star was also found be promoting – and you can see this as another common thread – to another group that obviously shouldn’t be playing: banned players. On the August 24 hearing, the president of domestic and international casino marketing at The Star Entertainment Group – Christopher Peasley – confirmed that Star was aware of the ban on an unnamed high roller from other states, and yet continued to shower them with expensive gifts and free accommodation.

So, in the end – who’s fault is all of this? Is bringing the regulatory body into the discussion mandatory? After all, they’re the ones tasked with preventing breaches and enforcing policies, and the “clean” industry depends on them doing their jobs. However, could that also be detrimental? Bringing them into this discussion might also lead to diluting guilt, when it’s obvious the wrongdoer – in this case, the operator – carries the burden of compliance. Maybe the government will need to address both issues, but not at the same time. No matter where you stand on the matter, there are many more questions that would need to be answered and that should start unraveling in about a month’s time when the results from these public hearings will start emerging. This is a rather unusual process and doesn’t feel as in-depth as Star’s NSW review, which in the end found it “not fit” to hold a license. There’s still time for this, though. 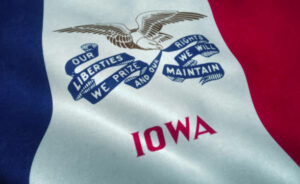 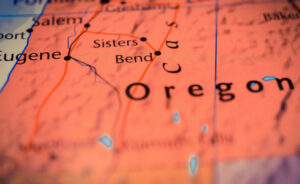