The Tuesday inquiry into The Star Sydney brought fresh allegations to the fore, including accusations that a high-ranking company employee knowingly allowed Michael Gu, an international fugitive, to feed his gambling habit at the casino even though his finances were patchy and his company iProsperity went belly up in 2020, with $352 million in debt.

Gu had to flee Australia when he was accused of being the mastermind of a Ponzi scheme that often led to some of the biggest local casinos, including Crown Resorts. The Crown Resorts is important as it involves Mark Walker, who came from the company and joined The Star, bringing Gu along with him in 2017. Walker was appointed as senior vice president of high roller operations.

Before the year was out, Gu lost $5.1 million with Star Sydney. Gu came along with his business partner Harry Huang and they are said to have deposited at least $13 million at The Star. Some $1.35 million of that amount was deposited right after iProsperity bankrupted and Gu’s potentially criminal ties came to light.

Walker was allegedly offered a job to run a casino for Gu that he had the intentions of buying in Canberra and Darwin, as reported by local media at the time which dug into Gu and his affairs. The investigative pieces galvanized the New South Wales inquiry into The Star and whether the company was suitable to hold a license.

Walker did speak with Gu in 2019 regarding whether the high roller and now fugitive had the means to continue gambling. Gu responded in the affirmative and showed an iProsperity balance sheet showing $100 million. However, the issue with this argument was that Gu may have been using investor funds to gamble, something which Walker denied during the inquiry.

Walker said that he was not blind to the prospect of Gu using investor money, but ruled it out as a possibility at the time. The inquiry found evidence that Gu had transferred Huang $600,000 to cover an outstanding debt with The Star. This was not strange, Walker said, and while it did indicate a higher risk of money laundering, it was something that the casino cage should have determined.

Walker further argued that he didn’t represent a conflict of interest because of the offer Gu had made him regarding running casino properties. Gu tabled a $580,000 offer for running the aforementioned Canberra and Darwin casinos. The inquiry also asked about the accident where a member of the staff was threatened by Gu.

Allegedly, Gu said “you are dead” to an employee in 2019. Walker calmly explained that the accident was prompted because of said member of staff being rude to Gu. Walker then approached Gu and told him that his behavior was unacceptable, but still offered him $100,000 in gambling chips for free to continue gambling. 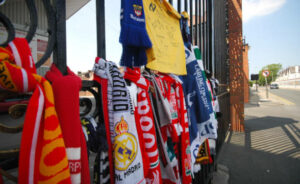 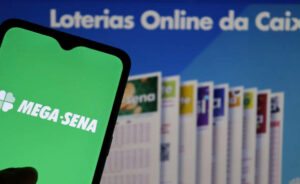 Casino April 27, 2022
Lotteries in Brazil May Finance the Salary “Floor” for Nursing