Gaming and hospitality operator The Star Entertainment Group announced Monday it signed an agreement with the New South Wales Government to ensure regulatory certainty regarding protecting the exclusivity of its The Star Sydney casino in terms of providing electronic gaming machines (EGMs). As part of the agreement, a flat tax rate as a percentage of revenue for the next 20 years, starting from 2021 was fixed, with both International VIP and domestic rebates gaming tax remaining unchanged.

The casino of the group in Sydney will remain the sole provider of poker machines, entitled to financial compensation in case the second casino in Sydney, Crown’s Barrangaroo, is allowed to operate EGMs at any point before end of June 2041.

As the opening date of Crown Resorts’ casino in Sydney was approaching, so was gathering speed the rumour Crown would seek an amendment to its casino license to be able to operate poker machines in its multi-billion VIP gaming property. Despite denials coming from Crown, its attempt to channel Sydney punters during an invite-only event in February suggested otherwise, and Star is now taking pre-emptive action to protect its market position.

“We now have certainty that it won’t happen. [It] guarantees the operating environment for which we’re paying our taxes, and it de-risks our business for the next 21 years, which is a great thing.”

There are other factors suggesting Crown may be forced to change direction for its upcoming casino, as the whole concept built around an influx of high rollers from China has been put under scrutiny.

On one side, Australian government questioned viability of Crown’s VIP business and halted arrivals from mainland China in January, before closing the borders more broadly in March.

On the other, China’s attempts to stem the outflow of cash from the country and the revelations from 2019 that Crown’s business was related to Chinese crime-linked tour companies, would hardly support the influx of offshore high rollers, the vital element of Crown’s casino that is scheduled to open in February 2021.

Crown’s reputation was questioned domestically, too, despite the NSW investigation into its casino operator license being suspended in April, due to the ongoing health risk-related restrictions.

Key Contributor to Tourism and Entertainment

Under the new agreement, The Star Entertainment Group will pay as much as Crown Sydney regarding table games, and a higher rate on poker machines, NSW government said in a media release, hailing Star’s regional role as a key contributor to Sydney’s tourism and entertainment industry.

“The agreement will allow long-term revenue certainty for the NSW Government and contribute billions of dollars to be directed to important projects.”

Star re-opened its gaming floors Monday, with limited seating for only 500 loyalty club members and by invitation only, after a consultation with the state government. Estimates show that if their high spenders continue spending around their average per visit, Star will be able to cover its cash burn. Profits will be out of sight, for a couple of more months, at least.

Australian casino powerhouse Star Entertainment Group has reinforced its team with the addition of the experienced Zhan Spalding as general manager surveillance Queensland. This appointment is in line with the company’s gender equality efforts. Spalding Has an Impressive Track Record Spalding is no stranger to the gambling industry. She boasts over three decades of experience […]

The New South Wales (NSW) government announced in a public release on Tuesday it has appointed five new members to the State’s Independent Casino Commission ahead of the body’s commencement next week. Chief Commissioner and Members The Minister for Hospitality and Racing Kevin Anderson chose the current chairperson of the Independent Liquor and Gaming Authority […]

The last day of public hearings was on Monday, and the painted picture doesn’t bode well for Star’s Queensland operations, either. There’s still time until the court reaches a decision and the complexity of the review doesn’t skip that regulatory bodies haven’t been doing their jobs, so the fate of Star’s license in Queensland is […]

The inquiry into Star’s Queensland establishment – The Star Gold Coast – is being very productive, with the storyline, unfortunately, mimicking that of The Star Sydney. Multiple breaches and downright illegalities have surfaced from the second review into Star’s operations and today’s story is about expensive gifts to players banned from playing in attempts to […]

It turns out the drama surrounding the Australian casino giant Star Entertainment Group is not over yet. According to an ongoing inquiry into the operator’s business in Queensland, Star actively marketed its products to high-risk gamblers. Star Incentivized High-Risk Gamblers to Play Star was recently involved in other scandals in New South Wales where investigators […] 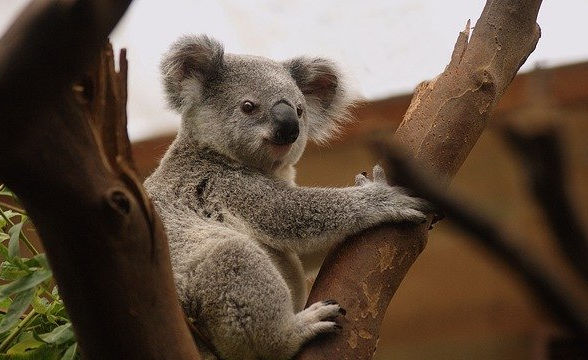 The Queensland probe into Star Entertainment’s casino operations in the state started earlier today and it’s looking into, among other things, the state government’s backing of the Queen’s Wharf Brisbane project by Star, which carries a price tag of AU$3.6 billion ($2.50 billion) and was approved despite the group’s suspected links to various criminal organizations […]