Sportradar, the leading international sports technology company that creates brand new immersive experiences for sports bettors and fans has signed a multi-year contract with the International Golf Federation (IGF), the prestigious federation recognized within the Olympic and the Paralympic Movement. The contract focuses on match-safeguarding and sporting integrity, with special attention given to Sportradar’s Universal Fraud Detection System (UFDS) that will be used on all upcoming IGF events.

The contract will initially cover two years. It will see Sportradar Integrity Services (SIS), the integrity division of the Nasdaq-listed sportstech and data company, offer its UFDS across all of the golf federation’s events. This will cover everything from deep analysis of all IGF tournaments with the intention to discover abnormalities, to searching for suspicious matches and reporting them. The purpose of these actions will be to allow “critical visibility into worldwide match-fixing.“

According to Sportradar Integrity Services’ managing director Andreas Krannich, the industry faced a large number of match-fixing issues in the past few years. This also automatically turned more sports into active targets. Krannich expressed the integrity division’s delight to be partnering with the IGF, while speaking about the sport’s “large viewership around the world.” He also expressed excitement about being able to help protect upcoming International Golf Federation competitions from a large number of integrity-connected risks in the upcoming years.

Among the important golf events that will be supervised under the terms of the new contract, we can mention the Women’s World Amateur Team Championship (Espirito Santo Trophy) held between August 24 -August 27 in 2022 and the biennial World Amateur Team Championship for men (Eisenhower Trophy) edition that will be held between August 31 and September 2 in 2022. The same contract will also oversee the same events in 2023.

IGF’s executive director Antony Scanlon spoke about the federation’s full commitment “to the fight against the integrity threats” facing this sport. He also added that the new partnership with Sportradar Integrity Services will place the federation “the best position” to keep competitions free of these concerns.

The International Golf Federation was originally founded in 1958. Its headquarters are in Lausanne, Switzerland, next to the shores of beautiful Lake Geneva. Some of the main goals of the federation are to encourage the global development of the sport in itself, along with fostering sportsmanship and friendship, and promoting golf as both an Olympic and Paralympic sport.

Last week, Sportradar released its financial results for the second quarter of 2022, highlighting a 23% overall revenue boost that exceeded its expectations. 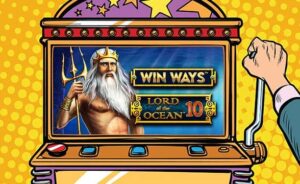 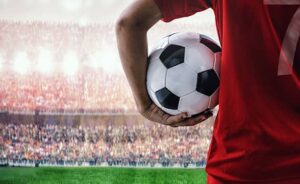