One of the largest sports data providers, Sportradar, has been accused of working with rogue operators connected to the Italian mafia, a Business Insider Italia article reported.

Sportradar, an established provider of sports data and bookmaker platforms, responded to allegation raised by a Business Insider Italia’s investigation that linked the company with the Italian mafia. More specifically, the content provider was accused of deliberately and knowingly having worked with criminals in the country.

Sportradar responded determinedly to the accusations categorizing them as ‘incorrect, untrue, and defamatory,’ in an official statement published on the company’s official website.

The company insisted that it has always acted in compliance with local and international regulations, and never so much as operated outside the law. Moreover, the company added, Sportradar was responsible for the content of hundreds of partners, again – in Italy and across the world.

Not only that, but the company has worked and assisted police force to take down criminal activity related to sports. The company took pride in the fact that their internal investigations have helped law enforcement crack open a number of high-profile corruption cases in Europe, Italy in particular, and in many other markets the company has business.

‘Inaccurate’ was the exact word used to describe the reporting and the company added that Business Insider had completely misinterpreted the work the company had carried out. Sportradar further reminded that while no comment will be made regarding the issue, the company would take all necessary steps in addressing the allegations, suggesting – perhaps – a legal action against Business Insider.

What Is Sportradar Accused of in Italy?

According to the article published on Thursday, October 30, 2019, Sportradar and subsidiary Betradar were connected to a number of Malta-based companies that lacked the proper licensing in providing sports betting services in Italy.

Business Insider said argued that the specific operators hadn’t obtained a license from the national regulator, Argenzia. Moreover, Sportradar may be involved in the Galassia investigations as a party connected to criminal rings that reportedly run a $4.3 billion sports betting business.

If Sportradar is connected and proven guilty of having worked with such parties, this might put a serious dent into the company’s reputation. Sportradar is one of the most trusted companies by mainstream sports bodies as well with NFL, NBA, MLB, and NHL all having signed official partnerships with the data provider.

The UK Gambling Commission chief executive Neil McArthur attended a conference in Malta earlier this week, blasting licensing standards and practices in Malta, and calling them ‘not good enough’. The UKGC has been going hard at Malta-licensed companies, but not necessarily without a reason.

The regulator launched a massive operation that investigated 45 online casinos and asked them to submit a plan that showed how they planned to raise their own standards to be complaint with the British regulator’s industry measures.

An enforcement action was launched against 14 operators and another seven had to pay $23.3 million. The UKGC also enforced a new rule whereby it went after the licenses of staff, deeming three managers inadequate to fulfil their roles.

McArthur acknowledged that in raw numbers, Malta-based companies accounted for 30% of all operators, but he also cautioned that all companies should be seeking to cooperate with the Industry Code for Game Design as well as make sure that they are following all country-specific regulations to the letter.

Partypoker MILLION Returns After Over A Decade 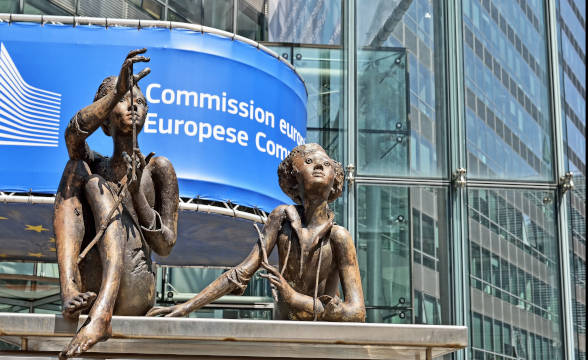