Pariplay has struck a content and distribution partnership with Spiffbet, boosting the developer’s reach and enhancing its own staying power with existing and potential customers.

Pariplay, an online games supplier owned by Aspire Global, has struck a new partnership with Spiffbet for the distribution and development of iGaming products. Through the deal, Spiffbet will be able to enhance its development efforts as well as engage with new audiences, courtesy of Pariplay’s far-reaching network of B2C and B2B partners.

Excited at the prospect to be working with Aspire Global in new capacity, Spiffbet CEO Henrik Svensson welcomed the news and said that it would help Spiffbet expand its distribution capacity, spreading awareness for the brand’s dedicated casino titles.

Pariplay’s particularly strong footprint in Europe, particularly in Spain, and its increasing influence in the United States market make it a perfect fit. Svensson commended Pariplay for its commitment to up-and-coming studios through the Pariplay Ignite platform that allows companies such as Spiffbet to reach broader audiences.

Pariplay Ignite runs a development program of which Spiffbet will now be a part, too. The solution brings together developers who can collaborate on projects and bounce pertinent, player-enhancing experiences if they choose to.

The partnership will see Spiffbet tap into the networks Pariplay has built over the years and allow new business opportunities. For its part, Pariplay managing director Adrian Bailey feels confident that the addition of Spiffbet will only bolster Ignite’s footprint and momentum.

“Seeing [Spiffbet] choose Ignite to support with the development and distribution of their unique content just goes to show the perceived value our product has for players in the industry.”

The company also signed a deal with Fast Track, and expanded it by including Wishmaker. Earlier this week, Aspire Global unveiled a revamped PAM platform of its own as the company’s innovative push continues.

Kindred Signs Entry Deals for Unibet in Arizona and California

3 Oaks Gaming continues with its mission to reach bigger audiences and launch with more tier-one operators. The supplier’s latest partnership puts it in a strong position to achieve both as 3 Oaks Gaming is teaming up with St8.io, a casino aggregation platform, that will see 3 Oaks Gaming’s swelling portfolio of slots delivered across […] 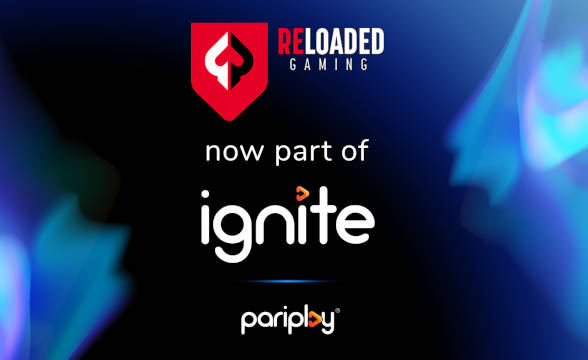 Pariplay, the content distribution platform and a subsidiary of NeoGames SA has added Reloaded Gaming to its Ignite partner program, which will allow the supplier to use the aggregator to reach new audiences in the North American market. Pariplay has also been focusing on iGaming in the region, hoping to consolidate its standing. Reloaded Gaming […]