The Federated Indians of Graton Rancheria, the tribe that owns and operates Graton Resort and Casino, wants to expand its gaming floor and add a second hotel tower, a notice the tribe filed with the city revealed.

Expansion Plans back on the Table

The proposed expansion of Graton Resort and Casino will further strengthen the tribal casino as a preferred destination in Northern California and cement the tribe in the local hospitality market and within the tribal gaming industry, writes The Press Democrat.

Plans for an expansion of the $825 million casino, which opened in 2013 with 3,000 slot machines, 144 blackjack, poker and baccarat tables, as well as several restaurants, were initially proposed back in 2017 but concerns related to the environmental impact halted the expansion then. In 2016, a 200-room hotel, convention space and ballroom opened at the property.

This time the tribe is going with a plan much larger in scope, seeking to add more gaming space at the front of the existing facility that was not included in the initial plans, to increase the casino’s 320,000-square-foot footprint by 144,000 square feet.

The hotel that will be built adjacent to the existing tower will also have more rooms than in the initial plan and the resort’s swimming pool area will be expanded. A water tank to meet the water needs of the property will also be added.

A 3,500-seat theater on the north side, a new parking garage east of the casino, as well as a rooftop restaurant are also part of the new expansion plans for the Graton Resort which is now one of Sonoma County’s largest private employers with a headcount of over 2,000 people.

As per the notice, the tribe has an ongoing environmental study of the effects on the surrounding areas in terms of air quality, water resources, noise, traffic, and public services. A public comment period through May 4 will allow people to share their concerns related to the casino expansion’s impact to non-reservation land.

As the casino is sitting on tribal land and under the purview of the federal government, the county will not have much of a role to oversee the casino expansion plans.

The notice of the proposed expansion comes as another tribe, the Koi Nation, is looking to develop a casino resort outside Windsor, while five other Sonoma County tribes including the Graton Rancheria are opposing it. Recently, Sonoma County’s Board of Supervisors voted against Koi Nation’s casino project, questioning the ancestral ties of the tribe to Sonoma County.

The Koi Nation “supports the rights… granted through the Indian Gaming Regulatory Act (IGRA) and the ability of all tribes, including Graton Rancheria, to exercise those rights to the fullest extent to further their economic self-sufficiency,” the tribe said in a written statement, seeking “the same IGRA rights to build [its] Shiloh Resort & Casino in Sonoma County.” 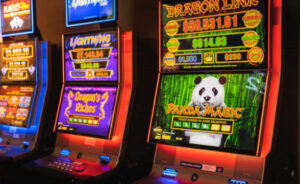 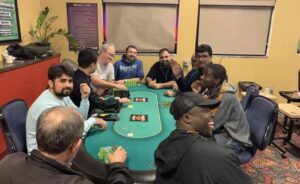