Nolimit City, a developer of online casino games, has agreed to add its best titles to SkillOnNet’s portfolio. Following this, Nolimit’s full suite of games will become available to customers of numerous gambling sites.

As per the agreement, SkillOnNet, a slot provider that claims it is “second to none,” will offer Nolimit’s games on the sites it powers. This means that visitors of sites such as DrueckGlueck, Genting Casino, PlayOJO, Slingo.com, SlotsMagic and SpinGenie will get to enjoy them.

Nolimit City is popular for hit slots such as Mental, San Quentin, Tombstone R.I.P. and xWays. It should be noted that Nolimit is known for producing games that are both visually impressive and engaging. The company doesn’t cut corners with the sound design either, making its games feel as authentic as possible.

In addition, Nolimit City’s games feature special mechanics designed to engage players and make their experience even more thrilling. Most notably, this includes the xMechanics series, which include xBomb, infectuousxWays, xNudge, xSplit and xWays. Because of these mechanics, it is possible to always turn a game around and score big wins.

Nolimit Is Sure Its Games Will Become Fan Favorites

Malcolm Mizzi, chief commercial officer and managing director of Nolimit City, shared that his company is happy to join forces with SkillOnNet. He is sure that the deal will greatly help Nolimit’s games as it will promote them in the numerous European markets where SkillOnNet operates.

Mizzi pointed out that Nolimit City has something for everyone. The studio offers games with varied themes, volatilities, mechanics and features and has games that will appeal even to the most pretentious of gamblers. Because of this, Mizzi is sure that Nolimit’s games will become player favorites among SkillOnNet’s list of casino brands.

Jani Kontturi, the head of games for SkillOnNet, praised Nolimit City’s titles. He also emphasized that the developer has built a large and loyal player base. Kontturi attributed that to Nolimit’s incredible and exciting mechanics, especially xWays and xNudge.

These mechanics are combined with stunning design that ensures players remain engaged with each slot from the first game round to the last. This makes Nolimit City an excellent addition to our growing portfolio of the best online casino content in the market.

Following the addition of Nolimit City’s games, SkillOnNet’s portfolio has surpassed 3,500 titles. These include a plethora of slot games, bingo, table games and live dealer games among others. SkillOnNet’s core audiences are players in Europe and Latin America.

A week ago, SkillOnNet launched three of its brands in Ontario. 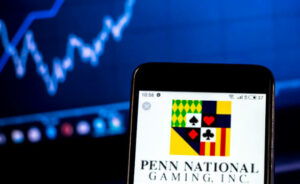 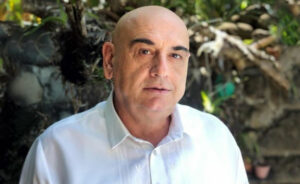