SiGMA Group has changed the date of its European industrial expo, giving sufficient time for the newly-started vaccinations across the continent to take in and provide everyone with a safer overall environment.

SiGMA Group is rearranging its busy schedule for 2021, pushing the SiGMA Europe event back several weeks. The expo will now take place from April 13 through April 15, after the organization worked closely with health experts and altered the original date, scheduled for February 16 through February 18.

SiGMA has put the health of attendees as a top priority and ruled in favor of a small delay, by adjusting the new date to allow for vaccination efforts around Europe to have their desired effect by expo day.

The organization said it was emboldened by the British Medicines and Healthcare products Regulatory Agency, which has given green-light to vaccination at the end of December in the United Kingdom.

Commenting on events, SiGMA Group Founder Eman Pulis has shared his confidence that the early release of the Pfizer BioNTech vaccine will help easy traveling and normalize professional meetings over the course of the next four months.

SiGMA has chosen the new date with a particular focus on delegates from the United Kingdom who constitute one of the most sizeable groups of representatives in the industry.

The organization’s own ambition coincides with that of Maltese Minister of the Economy, Silvio Schembri, who expressed confidence in the country’s ability to resist economic shocks, and not least thanks to the iGaming industry.

A Year of Unprecedented Challenges Ends, New Opportunities Open Up

SiGMA is stepping its presence across multiple key markets, with the European edition just one of many to follow. SiGMA is planning to go ahead with its meet-ups focused on both Latin American and Asian markets in 2021, with separate summits for both regions.

The organization has received support from the country’s regulatory body, the Malta Gaming Authority (MGA), in hosting some of the most important industry meetings in recent years.

Furthermore, SiGMA’s own footprint has evolved to feature multiple jurisdictions and targeted groups, languages and companies. Early tickets are already available to book from at the official website’s registration page as the industry prepares for one of the most important events in iGaming Europe next year. 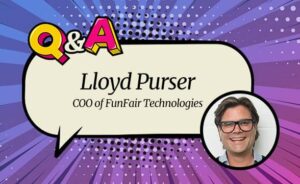