The Foundation for Economic Freedom (FEF), the Makati Business Club (MBC) and the Management Association of the Philippines (MAP) claim that POGOs remain at odds with the law and continue to be a conduit of large-scale crime. The three organisations have urged the government to now shutter the industry, citing growing tensions over the sector with China, an important local trade partner for the Philippines.

A few weeks ago, a rumor swirled that China had blacklisted the Philippines as a travel destination, a potentially devastating move for the country’s economy. The rumor was disproved by Chinese officials, but the country’s desire to shutter the POGO industry has not been kept a secret either. In a statement cited by GMA News, the organizations explained their motivation, urging the Department of Finances to act:

We fully support the Department of Finance’s (DOF) push to phase out all POGO operations and urge our legislators and the Executive Department to take all actions necessary to execute in an orderly way.

Official statement by the three organizaitons

According to the organizations, the Philippines is already paying too dearly for supporting POGOs, citing reputational and societal costs. These drawbacks were already too much and outweighed the economic benefits. However, the organizations stopped shy of giving actual numbers and building a cogent argument as to why this is the case.

Tensions with China clearly are bad, but China has been keen to have a say in illegal gambling operators that target its citizens. PAGCOR, the regulator that issues the licenses to POGOs, has repeatedly stated that entities that operate without a license cannot be put on par with the regulated industry and shuttering the licensed operators would not suddenly mean that the clandestine ones stop.

Whose Interest Will This Benefit?

POGO contributed less this year, mostly impacted by the change in legislation introduced by former President Rodrigo Duterte in 2021. The organizations further added that the economic windfall from the POGOs can be easily absorbed – it would only strain the economy in the short term, the organizations assured, once again not turning to verifiable data. The statement continued to push the Chinese government’s position and interest as well:

The Chinese government has been quite categorical in its objections to POGO, which they characterized as harming not only China’s interests and China-Philippines relations but also hurt the Philippines’ own interests. Some opponents to this idea, though, have insisted that the Philippines may end up losing as much as PHP 100 billion should POGOs be shuttered. Plus, there are some 23,000 Philippine nationals who may end up without a job if the POGO industry was to be shut down.

POGOs have already taken a hit with the total number of operational entities to 34. Many of the ones that are not operational anymore were reluctant to comply with newly-issued government guidelines and were forced to shut as a result. 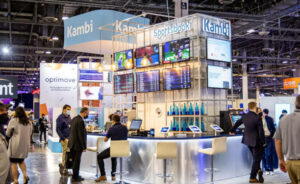 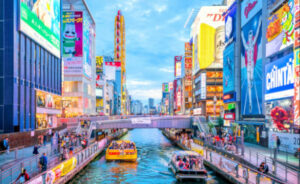