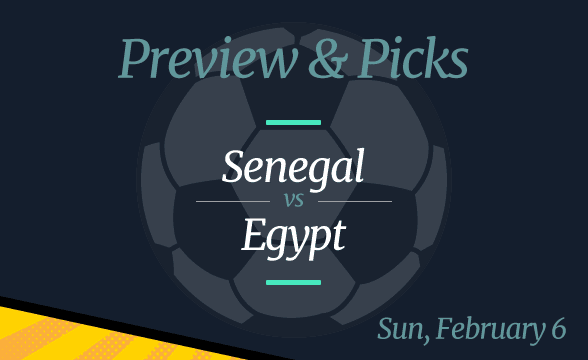 Senegal and Egypt clash in the final of the 2022 Africa Cup of Nations. Egypt is the most successful team in the competition with 7 trophies so far. Senegal, on the other hand, is still without a single title. However, oddsmakers believe their wait might end, giving this team the role of the betting favorite.

They started the tournament slowly with just one goal scored in the group stage. However, once the knockout phase started, Senegal switched up a gear. First, they defeated Cape Verde 2-0. Then, we saw them beating Equatorial Guinea and Burkina Faso, both by 3-1.

Liverpool’s forward, Sadio Mane, has been Senegal’s best player in this tournament. So far, we saw him scoring three times, while also making two assists. When it comes to their defense, Napoli’s central defender Kalidou Koulibaly has been sensational, the same as Chelsea’s goalkeeper Edouard Mendy.

In fact, Cameroon’s goalie is still without a single goal conceded at the AFCON. His journey started in the third round after he recovered from an injury. He’s been fantastic so far, but the fact is that his team still hasn’t faced an opponent that’s famous for its attack. That’s going to change in the final when Senegal plays Mohamed Salah’s Egypt.

All Eyes on Mohamed Salah

Liverpool’s forward Mo Salah might be the very best player in the world in 2022. At the AFCON, he’s scored twice so far, which may not seem too impressive. Still, the reason behind this is that his team’s been focusing more on the defense than offense.

This team hasn’t scored more than one goal in regular time in each of the AFCON games they played so far. At the same time, they didn’t concede more than one goal per game. In fact, four of their previous six games saw Egypt keep a clean sheet.

The strategy did them well – Egypt defeated several heavyweights, including tournament hosts Cameroon in the semifinal.

In the quarterfinal, Egypt defeated Morocco, while in the round of 16, they beat Ivory Coast. All of those teams were among the top title favorites before the start of the tournament.

Picks: Egypt to Win the Title; Under 2.5 Goals