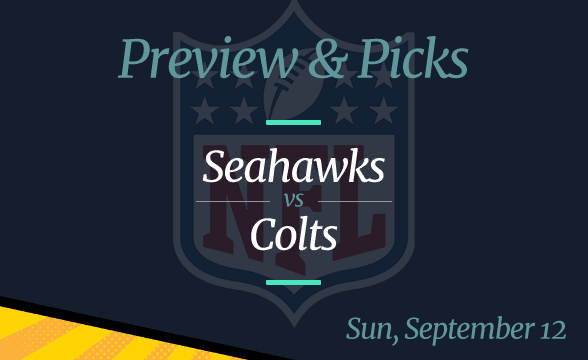 The Indianapolis Colts and Seattle Seahawks will be facing off in the first week of the NFL after a much-anticipated return of professional football this year. Set for Sunday, the game will face off two teams that have known their fair share with their quarterbacks this season.

Seahawks QB Russell Wilson has not been at his best but the Colts have also faced some trouble with Carson Wentz who has just cleared all COVID-19 protocols and is ready for play. The Seahawks are given the upper hand in the upcoming game with the Colts as the tipped underdogs.

Where and When to Watch Seahawks vs Colts

The Seattle Seahawks Coming in with Wilson

The Seahawks are not a team that historically does well in their season opener and many teams use them as barometers to determine if they are capable of making it to the later stages of the competition. Whether history is about to repeat itself is one thing, but rumors that Russell Wilson may be dropping from the roster had fans worried.

Regardless, the Seahawks have confirmed that the team will depend on Wilson once again. With Seahawk winning the 2014 Super Bowl, the team has been in a slump ever since, and pressure is mounting to make things work. Wilson is a veteran and he needs 10 more wins to achieve another milestone in his career.

Offensively, Seattle will have to rely on other players outside of Wilson, who is a little hard-pressed to keep up with the NFL’s average, although his most recent performance in the pre-season wasn’t too shabby. A lot is riding on him, but the Hawks will also have DK Metcalf and Tyler Lockett to rely on this time around.

Running back Chris Carson has been able to hit 1,000 rushing yards twice in the past three years, meaning that he will be a much-valued chess piece on Sunday that coach Pete Carroll won’t be shy about using.

Of course, the biggest issue with the Seahawks has not been so much the lack of successful offense as it has been the lack of good defense. This time around we have Jamal Adams who already had a full season with the Seahawks and he will be joining Carlos Dunlap II, boosting Seattle’s hopes of not ceding ground easily. In many ways, this seems to be the best defense setup and others, such as Bobby Wagner and Quandre Diggs are going to add a lot of value.

How Are the Colts Faring in Their Game One?

Now, the Colts are clearly in the lead for this one. Yet, they too face some quarterback troubles. Carson Wentz is the latest addition who will be spearheading Indianapolis’ attack under the guidance of head coach Frank Reich. The good news is that the pair have worked together before. Wentz was questionable for the start as he wasn’t vaccinated against COVID-19, but all seems to be cleared up.

Jonathan Taylor has already posted 1,000 rushing yards and 12 touchdowns as a rookie, which means that the Colts have a powerful lineup capable of delivering. So far as the team’s main game, it will ride on DeForest Buckner and Darius Leonard who have been pivotal for the Colts’ most recent successes. Indianapolis has a huge chance to make the playoffs this season and even get to a Super Bowl. It all starts on Sunday.

Missouri is continuing to be plagued by pre-reveal games with a questionable legal status and big companies aren’t taking enough initiative to tip the scales in favor of tighter regulation. Missouri Laws Unclear, Cause Problems Phillips 66 – the Texas-headquartered energy provider, is a major fuel supplier in Missouri and Bernardo Fallas – a Phillips […]

Huddle Turns to Odds On Compliance to Navigate US Expansion

Huddle Tech Inc. has strengthened its presence in the United States through a new alliance with Odds on Compliance. The partnership will be focused on catering to the needs of iGaming operators, which is Huddle’s bread and butter. Huddle Tech Seeks Advise on US Gambling Regulation The company uses advanced and proprietary data-driven solutions to […]