Paul Scully, the United Kingdom’s new gambling minister, spoke about the gambling reforms on BBC. However, he did not provide a definitive date for when the white paper will be published.

The White Paper Will Be Published Soon, Sully Says

The United Kingdom has been looking to reform its gambling laws for quite a while now. However, it seems like every time the government comes close to releasing the white paper, something happens and the release is getting postponed. This spring, Chris Philp, the former gambling minister, promised that the white paper would be published “soon.” However, the shakeup in British politics ended up continuously messing up the schedule.

The delays have attracted the critique of both pro-gambling and anti-gambling advocates. Despite that, some still hope that the white paper would be published before the end of the year.

Scully, Parliamentary Under Secretary of State at the Department for Digital, Culture, Media and Sport (DCMS) spoke about the reforms on BBC Politics Live. He didn’t have much good news to share and seemed concerned about the pace at which the review is going. However, he said that he is determined to finalize it and hopes that it would be published “within the next few weeks.” Despite his intentions to do his best, Scully emphasized that he prefers to do the reforms right than rush them.

British Politics Were the Cause of Many Delays

Originally, the white paper was supposed to be published this spring. However, Philp eventually resigned as gambling minister, which was followed by Boris Johnson’s resignation as MP. This introduced further uncertainty in the British political landscape. Liz Truss, the next UK MP, had a short-lived tenure during which no white paper was published. Now it is up to Rishi Sunak and his government to finalize the gambling review.

Sunak recently promised that he would make the gambling review one of the government’s priorities. He seems inclined to support a more revolutionary approach, despite protests from industry supporters. The Times, for example, claims that Sunak backs restrictions on online gambling, affordability checks, stake limits, and better age verification systems, although nothing can be said for certain before the white paper is published.

It was also suggested that the government would look for ways to make affordability checks less intrusive and putting off. However, it is still not certain what approach it would adopt.

In other news, the United Kingdom’s Gambling Commission recently published a study on the changes in the country’s gambling landscape. 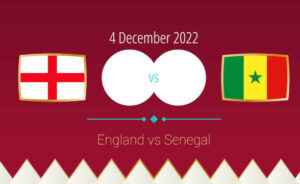