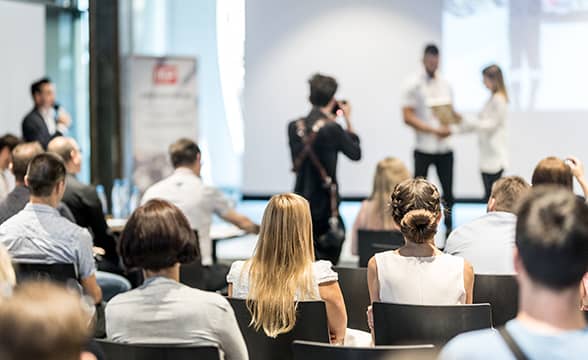 Media and events company SBC announced the chosen contenders for its yearly sports betting and gaming awards. The event will be part of September’s SBC Summit Barcelona conference, which will gather representatives of 2000 iGaming and sports betting operators.

The SBC awards focus on recognizing the best-performing companies of the year. The contest’s 45 award categories are not solely focused on operators but also feature affiliates, suppliers, specialists, and payment providers. The winners will become known on 22 September at a glamorous ceremony in Palau Nacional during the last day of the SBC Summit Barcelona.

The Ninth Edition of the Awards Contains 45 Categories

The most prestigious trophy in the event is undoubtedly Sportsbook of the Year. bet365 snagged the award in 2021 and is again among this year’s favorites. It competes with industry leaders like FanDuel, Novibet, Kaizen Gaming, and LeoVegas Group, among others. Its main rival for the category will likely be Betsson Group, which is this year’s leader in total nominations, sitting at an impressive nine. Casino Operator of the Year is also hotly contested, though many of the same names populate both categories.

This year’s awards split the old continent into four categories for North, South, East, and West European operators, although many names are present in several regions. The Rising Star award is split into two categories – Casino and Sports.

Operators are not the only ones facing tough competition this year. The 21 supplier awards are also hotly contested. Sportradar and BetConstruct dominate with seven nominations, closely followed by Stats Perform, Playtech, and Pragmatic Play with five each.

CEO and Founder of SBC Rasmus Sojmark congratulated the chosen candidates. He noted that the judges faced a real challenge sorting through all the fantastic companies taking the industry to new heights.

Regardless of who will triumph in each of the 45 categories, all the shortlisted companies should be proud of the innovation and the creativity their teams have displayed…

The hand-picked jury which will determine the winners consists of over 150 leading professionals in the gambling industry. Getting shortlisted for an award is reserved for only the top-performing companies in the sector. As a result, judges will have the arduous task of picking winners among the very best.

Since many members of the judging panel are also members of shortlisted companies, they are required to declare any conflicts of interest and will not vote in problem areas. The SBC awards have also made judges sign a non-disclosure agreement to protect the confidentiality of applicants.