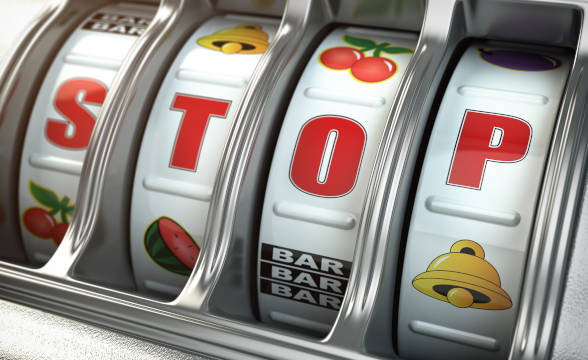 Former S Club 7 band member, Jo O’Meara is trying to raise awareness about gambling addiction, sharing her own story about her obsession with fruit machines. She is also promoting the work done by UK charity GamCare, which offers support to people harmed by gambling and operates the National Gambling Helpline.

Gambling Addiction Can Happen to Anyone

O’Meara recalls how she went to a bingo hall for the first time with her family when she was 18 and she discovered fruit slot machines. She reports she was an active player for about five years. She highlights that gambling helped her escape from the stress caused by touring.

However, eventually, she realized that this habit was making her antisocial. She recalls occasions when she was out with friends and would spend lots of time in the toilet trying to get the three lemons or cherries. She managed to snap out of it without professional support but she is aware that for many people it is not that easy.

By telling her story, the former pop singer is trying to break the stereotype that the only people with gambling problems are older men and to get everybody to recognize that gambling issues can affect just about anyone:

“I was a young girl in a very successful pop group and I had a thing for fruit machines. In today’s society more than ever it’s so accessible – we’ve got iPads, tablets, phones – and I can see how easily it can be done and how much it can ruin people’s lives. I want to get my point across that it happens to women, young women, as well.”

To this day, O’Meara does not see her fruit machine obsession as addiction. However, she definitely recognizes that she had issues with it and notes that if she had not quit things could have become much worse.

O’Meara has also expressed her concern that there is a major lack of empathy towards gambling addiction and that society does not really realize that this is indeed an illness. According to GamCare, the cost of living crisis has a negative effect on players as a lot of them report that they see gambling as a means to earn much-needed cash. At the same time, the inflation pressures are also forcing people with gambling problems to relapse. In addition, GamCare reports trades with cryptocurrencies as another emerging problem. A survey has revealed that 43% of people with gambling issues also own cryptocurrency and some have suffered losses as a result of crypto trades.